Persian Wars
The Greco-Persian wars” was the name given to a set of disputes between the Persian Empire and a number of Greek states that eventually led to battle.
0 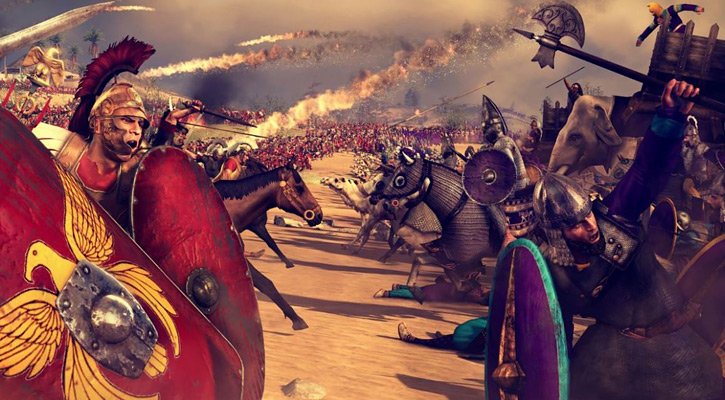 “Persian Roman Wars”, One of the (Longest Wars in History)

The “Greco-Persian wars” was the name given to a set of disputes between the Persian Empire and a number of Greek states that eventually led to battle. These battles took place in a spell of time that began in 499 B.C and was ceased in 449 B.C.

The Roman Persian Wars were a series of wars that took place over a period of 721 years between the Roman world and two successive Persian Empires.

Wars have been fought since the beginning of time for a multitude of different reasons. Whenever leaders of nations cannot come to a peaceful negotiation to solve a dispute, other avenues are taken.

A war is typically fought by a country or group of countries against an opposing country with the aim of achieving an objective through the use of force. Wars can also be fought within a country in the form of a civil or revolutionary war. 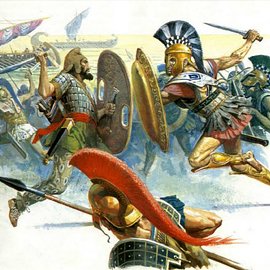 There is rarely one single, clear cause of conflict and, ultimately, war. The causes of a war are usually numerous and several reasons for a conflict can be intertwined in a complicated way. Below are some of the causes of wars:

One of the most significant causes of World War one was Imperialism.

Below are the most important types of war: 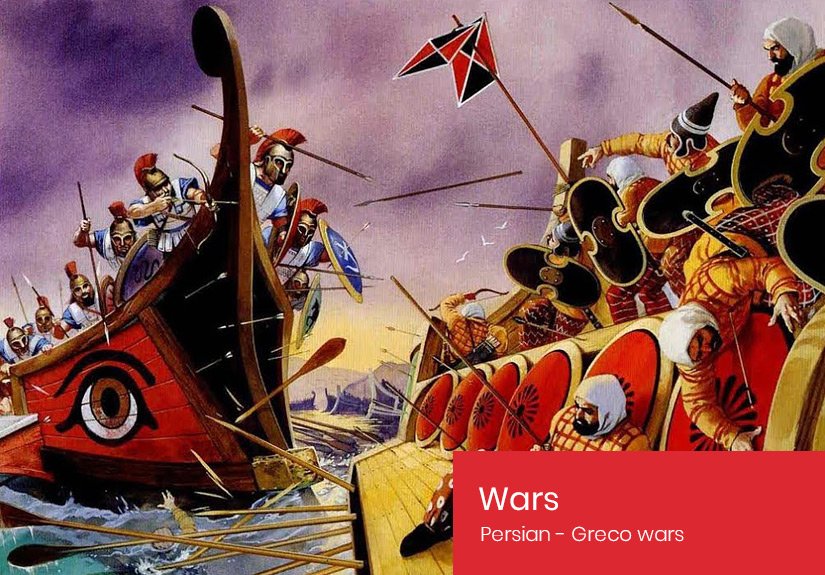 “The Greco-Persian wars” was the name given to a set of disputes between the Persian Empire and a number of Greek states that eventually led to battle. These battles took place in a spell of time that began in 499 B.C and was ceased in 449 B.C. It is believed that this collision started with Cyrus the Great’s usurping of the Greek-populated districts of Ionia at around 547 B.C.

The Greek weren’t the only residents around the Mediterranean Sea, including the Persian Empire and Egypt. The Persian Empire was a vast one, starting in Turkey and continuing all the way to the Indus river Valley. The main struggles started when Persians sent soldiers to the Greek highlands in order to ambush the residents.

They did not achieve their goal at first though. This quest took three attempts to win, which resulted in the famous battles of “Salamis”, “Marathon”, “Thermopylae”.

First Stage – of the Persian War

The Persian troops were led by king Darius in the first stage of the battle. Due to the number of the Athenians and their Greek banner men and allies, the Persians were defeated in the battle of Marathon that took place on land. It is said that the message containing the news of the victory was given to a messenger who had to run 26 miles (the distance between Marathon and Athens). The messenger died after delivering the message. Hence the marathon category in the Olympics!

The Second stage – of the Persian War

This time the Persians, who had been defeated due to shortage of troops, rallied an army of 2,000,000 soldiers and sailed towards the Greek shore.

These men were commanded by king Xerxes I, king Darius’s heir. A vanguard containing 5,000 Greek soldiers including Spartans, Locrians and Phocians, under the leadership of Leonidas (a Spartan king) moved to welcome the Persian troops on the battlefield.

They succeeded in delay the Persian troops at “Pass of Thermopylae” (a famous pass between the sea of Thermopylae and its surrounding cliffs). After a tiring process, they were all slaughtered by the Persian forces. Even though every single one of the Spartans fought valiantly to their last breath, they were massively outnumbered.

Afterwards, our troops found their way around the pass and continued with their quest.

The Third Stage – of the Persian War

A very smart tactic, thought of by Athenian Commander Themistocles, the Persian navy was destroyed by the Athenians. After hitting land, at the battle of Plataea, the Persian army was once more defeated by the Greek troops which were led by Spartans. This caused the Persians to be driven from Greece.

This was the battle of Salamis, in which it can be said that the Athenians deserve the credit for the victory. For if it hadn’t been for them, Greece would have been under Persian domination to this day. 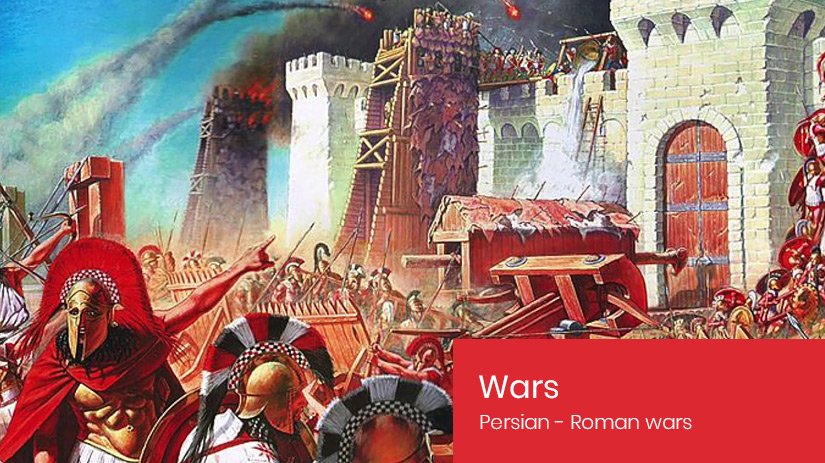 At the beginning of the ancient Roman Empire, the conflicts were of only of territorial nature. Ancient Romans used aggressive methods to expand the boundaries of its territories.

The Roman Persian Wars were a series of wars that took place over a period of 721 years between the Roman world and two successive Iranian empires, namely the Parthians and the Sassanids. The first battles of this war brew up in 92 BCE when the Roman Republic battled with the Parthians. After the cessation of hostilities with the Parthians, the Romans continued their battles against the next Iranian empire to face them, that of the Sassanids. The war was brought to an end by the Arab Muslim invasions in 629 CE, which devastated both the Byzantine Eastern Roman Empire and the Sassanid Empire alike. The war had devastating economic effect on both the Romans and the Persians (both Parthian and then Sassanids), which made them extremely vulnerable to the sudden attacks at the hands of the Arab Muslims.

Persian Portuguese war took place between 1507 and 1622. During this era, Portugal established its rule for about eighty years in Hormuz and Bahrain, capturing some other islands and ports such as Qeshm and Bandar Abbas for few years. The conflict came to an end when the Safavid king, Abbas I, conquered the Portuguese territories forcing them to leave the Persian Gulf.

In 1622 when the Persians retook Hormuz, the Portuguese Empire was the one of the largest and one of the most powerful empires in the world. The defeat of the Portuguese had many consequences including defeat in the Mombasa war and the capture of Fort Jesus by the Imam of Muscat, supported by the Persian king. 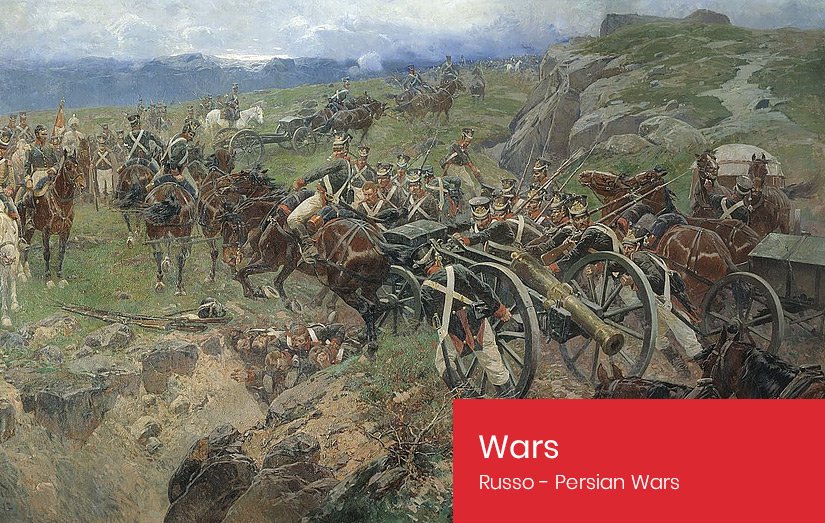 Russo-Persian War, 1722–1723, known in Russian historiography as the Persian campaign of Peter the Great, was a war between Russia and Persia (Safavid Iran), triggered by the tsar’s attempt to expand Russian influence in the Caspian and Caucasus regions.

Disputes over territories along the southwestern coast of the Caspian Sea and in the eastern Trans Caucasus led to war between Russia and Persia from 1804 to 1813 and again from 1826 to 1828. From 1812 to 1813, under the Treaty of Golestan, Russia obtained most of the disputed territories, including Dagestan and northern Azerbaijan, and reduced the local khans to the status of vassals.

Another war between Russia and Persia broke out in 1826 following the death of Alexander I and the subsequent Decembrist revolt. The Russo-Persian War of 1826–28 was the last major military conflict between the Russian and Persian Empires.

In May of 1827 General Eristov entered Tabriz, forcing the Shah to sue for peace. Abbas Mirza speedily signed the Treaty of Turkmenchay (February 2, 1828) which concluded the war. According to the terms of the treaty, the Khanates of Erivan and Nakhichevan passed to Russia, encompassing modern day Armenia and Azerbaijan. 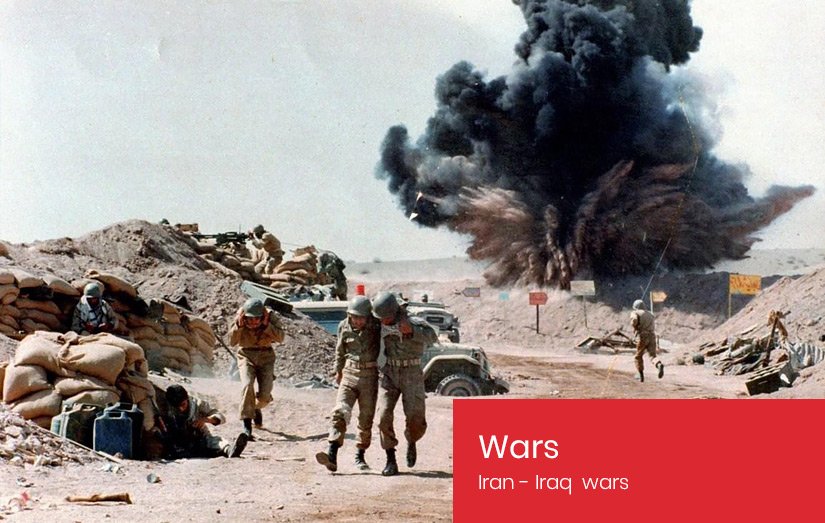 Iraq launched the war in an effort to consolidate its rising power in the Arab world and to replace Iran as the dominant Persian Gulf state. Iraq claimed territories inhabited by Arabs (the Southwestern oil-producing province of Iran called Khouzestan), as well as Iraq’s right over Shatt el-Arab (Arvandroud).

Saddam expected the invasion of the in the Arabic-speaking, oil-rich area of Khuzistan to result in an Arab uprising; this revolt did not materialize, however, and the Arab minority remained loyal to Tehran.

On November 10th of 1980, “Iraq captured Khorramshahr” after a bloody house-to-house fight. The price of this victory was high for both sides, approximately 6,000 casualties for Iraq and even more for Iran. In May 1982, Iranian units finally regained Khorramshahr, but with high casualties. Saddam ordered a withdrawal to the international borders, believing Iran would agree to end the war. Iran did not accept this withdrawal as the end of the conflict, and continued the war into Iraq.

President Saddam Hussein sought to increase the war’s manpower and economic cost to Iran by purchasing new weapons the Soviet Union and France and also using chemical weapons against Iranian troop and on many economic centers. Finally both Iran and Iraq had accepted the ceasefire and Resolution 598 but despite the ceasefire, Mujahadeen-e-Khalq (MEK) decided to launch an attack of its own and wished to advance all the way to Tehran. Resolution 598 became effective on 8 August 1988, ending all combat operations between the two countries. The majority believe that the war had no winners while others can argue that Iran was the victor after successfully defending their country from invasion and repelling the aggressor despite being isolated and under international sanctions and while their enemy was exceptionally well funded and supported.