Persian Music
Persian music in Iran has prehistoric roots. There are many proofs from various historical periods that indicate the ancient Iranians had a complicated musical culture.
0 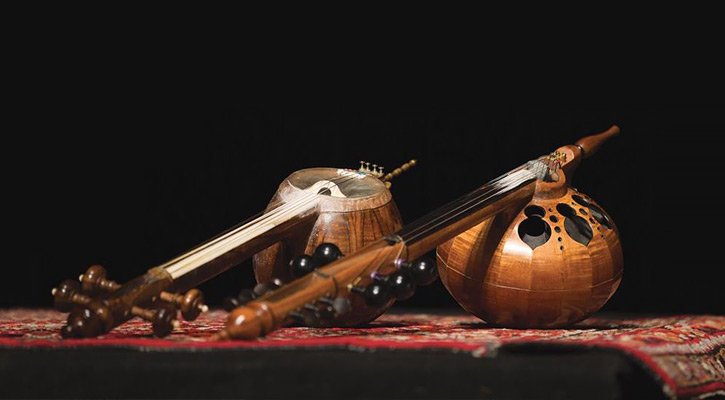 Persian music in Iran has prehistoric roots. There are many proofs from various historical periods that indicate the ancient Iranians had a complicated musical culture. Religious occasions in Iran are sometimes adorned by the famous Persian ritual music

Persian traditional music is one of the most celebrated styles of music in the world.

This type of music is indigenous to Persian history and regions, and is prized by the majority of Iran’s population.

Persian traditional music is one of the most celebrated styles of music in the world.

This field of Persian music uses a mixture of harmony and impromptu to come to life. The assemblage includes above 200 melodic movements which are named Gusheh, and are categorized into seven modes more commonly known as “Dastgah”. 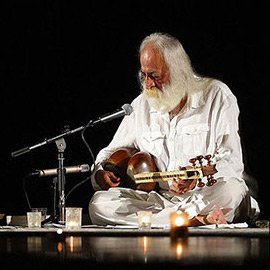 Dastgah modal system in Persian music shows a level of organization that a certain number of melodic types (Gusheh) are regrouped and ordered in relation to a dominant mode. The Dastgah concept in Persian music is similar to western musical scales.

There are 7 Dastgahs in Persian traditional music:

Also, two out of the seven modes consist of secondary types called Avaaz. Each Dastgah and Gusheh has separate, distinctive names. But all of them together are called Radif. A usual performance has a few factors, though every composition might not have all these parts. 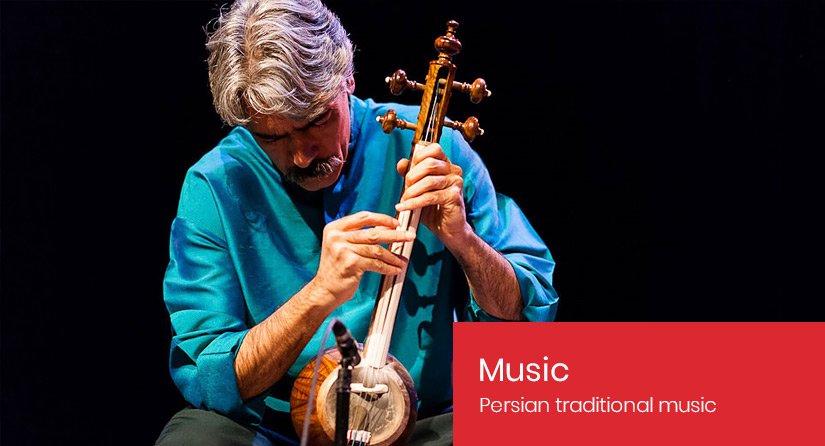 Setar is one of Persian string instruments and is played by the player’s forefinger’s nail or with the special pick. Setar or Setouyeh was a three cord instrument but later was converted into a four cord instrument under the reign of the Qajars.

The word “Tar” means string. The Tar sound box is usually made of walnut or mulberry wood. In Persia doctors advised patients to listen to the melodies being played by Tar. They believed it would cure headaches, depression and insomnia. The common faith was, that listening to the tar, enters one’s mind into a philosophical mood that would lead him or her to a deep wonder about life.

The Daf’s frame is covered with goat-skin, with one or more rows of metal rings or chains adding a jingling effect. The Daf comes in various forms and is used especially in Sufi music.

The Persian Ney (sometimes spelled as Persian nay, or nai) is a type of wind instrument that is originally from Iran. It consists of a hollow cylinder with finger-holes. The Persian Ney is blown in a unique manner, which gives it its characteristic sound. Neys are made with different sizes and usually Long Neys are low pitched, and short Neys are high pitched.

Santur or Santour is a Persian string musical instrument that is played with two light wooden hammers. The hammers (Mezrabs) are feather-weight and are held by the thumb, index and middle fingers. The 72 string Persian santur has two sets of bridges, providing a range of approximately three octaves. Persian Santur and its roots go back to pre-Islamic Persia (about 1800 years ago) and its name has been mentioned in early Persian classical litreture and poetries.

Tanbur also known as tambour or tambur, is Persian and/or Kurdish musical instrument that has two strings. Tanbur is actually the forefather of all stringed instruments in the world and its origin goes back to thousands years ago. In Iran, the tanbur was among the instruments that were played in the Sassanid court. Later, certain Kurdish religious groups adopted it as a sacred instrument and have been using it ever since to accompany their sacred hymns and ceremonial dances. The tanbur has a pear shaped body and a long neck. The instrument is traditionally made of Mulberry wood and its fret is made with cat or cow guts.

Tonbak is the Persian goblet drum and chief drum of Persian music. The Tonbak has five major parts which includes: Skin, Body, Throat, Small Opening and Large Opening. The skin of Tonbak usually Goatskin is glued over the Tonbak. The Tonbak sound box is made of wood Throat is almost cylindrical and it is connected from top to the body and there is a small opening in the bottom which produces the sound.

The Kamancheh is a bowed violin-type Persian instrument which has a round sound box. The sound box is usually made of steam-bent strips of wood or is hollowed from one piece. The bow strings that are used for playing the instrument are attached at one end by a loose leather strip.

Religious occasions in Iran are sometimes adorned by the famous Persian ritual music. This type of music is mostly used for Islamic (Ashoora and Tasooa) and Zoroastrian ceremonies. 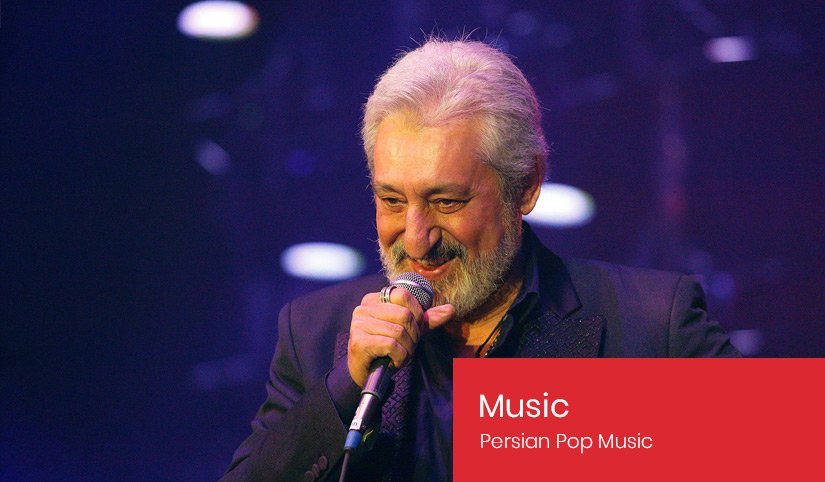 Persian pop music or Parsipop, as the name tells us, is pop music sung in Persian language sometimes along with special domestic beats and instruments. Though this type of music was developed in Iran, it is quite popular amongst many other Persian-speaking countries such as Afghanistan, and also in America and Europe.

Parsipop consists of branches such as waltz, rumba, and tango.

This field’s ancestry could be traced back all the way to the Qajariyan dynasty around the 19th century. Among the many artists who promoted this type, one of the most famous was Vigen. He actually went on to be given the title of “The sultan of jazz”.

While the title says “Persian” symphonic music, it is mostly because of the fact that the majority of symphonic pieces were created by Persian composers.

These pieces seldom have Persian style, but they are all magnificent nonetheless. Most of these compositions were used for western orchestras and ensembles, with a hint of classic Persian folk melodies.

According to historical resources, the very first piano was transported to Iran in the time of king Nasser-al-Din regime, which was from 1848 to 1896. Since then, Persian piano music sparked. Our composers have brought many different styles of piano playing. Their basis was either staying true to the classic Persian rhythms and music, or using the ambiance of Persian folk melodies.

History of Music in Iran

Music in Iran has prehistoric roots. There are many proofs from various historical periods that indicate the ancient Iranians had a complicated musical culture. Historical documents show that the Sassanian era had a lively musical culture. Barbod, Nakissa and Ramtin are among musicians from this period whose names and the titles of their works have survived until today.

Shajarian is considered as one of the most celebrated world music artists. His singing is widely believed to be technically flawless, powerful, and strongly emotional.In Persian classical Dastgah music, singing is the most difficult art to master and Shajarian is the unrivaled master of Persian music and a major source of inspiration. In 1999 UNESCO presented him with the prestigious Picasso Award, one of Europe’s highest honors.

Shahram Nazeri is one of Iran’s most celebrated singers and a master of the Persian classical and Sufi repertoires. Nazeri was the first vocalist to set Rumi’s poetry to Persian music thirty-five years ago.

He established a tradition of Sufi music within both Persian classical music and Kurdish music, and his music was the key in introducing Western musical audiences to both Sufism and Persian poetry of Rumi. The New York Times has called him the “Persian Nightingale” and the Christian Science Monitor hasnamed him “Iran’s Pavarotti“.

Jalal Zolfonun was a master of the setar, as well a composer and teacher of Persian music. He began combining the techniques of the older masters of setar with his own creativity and mystic sensitivity. For the first time, with Iran’s leading classical singer Shahram Nazeri, he founded an ensemble composed of only setar players.

Mohammad Reza Lotfi was one of the best master players of the tar and setar. He was one of the major figures in music industry that revolutionized the Persian traditional (classical) music. He has made numerous recordings both as a solo artist and with major Iranian musicians such as Mohammad Reza Shajarian, Shahram Nazeri, Hossein Alizadeh, and Parviz Meshkatian. His creativity and the mixing of the classical Persian music with folk elements, both in terms of music and technique brought a new flavor to the traditional music.

Hossein Alizadeh is considered one of the most important figures in contemporary Persian music. Alizadeh has played as a soloist, performing both in Iran and throughout North America, Europe and Asia. He was the conductor and soloist in the Iranian National Orchestra of Radio and Television. His first professional experience in Europe was playing in the orchestra of the famous Bejart Ballet Company in Maurice Bejart’s ballet, Gulistan.

Kayhan Kalhor is a great kamancheh player who had an influential role in popularizing Persian traditional music around the world. He has studied the regional and folklore Persian music, especially those of Khorason and Kordestan.

Kalhor has composed music for Iran’s most celebrated vocalists Mohammad Reza Shajarian and Shahram Nazeri. He was also featured on the soundtrack of Francis Ford Copolla’s Youth without Youth in which he collaborated on with Osvaldo Golijov. John Adams invited Kalhor to give a solo recital at Carnegie Hall as part of his Perspectives Series. Kayhan is an original member of Yo-Yo Ma’s Silk Road Project. Through his career Kayhan has been nominated for three Grammys and in 2017 was awarded a Grammy with Yo-Yo Ma and the Silk Road Ensemble.

Parviz Meshkatian studied Persian music theory and technique with the masters Noor Ali Boroomand, Dariush Safvat, Mohammad Taghi Massoudieh, and Mehdi Barkeshli. Throughout his career, Meshkatian toured Europe and Asia and constantly performed in countries like France, Germany, England, Sweden, Netherlands, and Denmark. In spring of 1992 Meshkatian and Aref Ensemble won the first prize of the Spirit of the Earth Festival in England. Meshkatian’s collaborations with Mohammad Reza Shajarian in the past twenty years have created some of the most beautiful recordings of contemporary classical music of Iran.

Jalil Shahnaz was one of the greatest Tar players in Iranian classical music. During his professional years he worked with many other musicians Faramarz Payvar, Parviz Yahaghi, Mohammad Reza Shajarian, Hassan Kassai, Shahram Nazeri, etc.

Vigen or Viguen was an Iranian singer and musician who possessed a very tender (exquisite, silky) and pleasant voice, and during his long artistic career of more than half a century, he performed some 600 songs, many of which became lasting contemporary pieces of Persian music.

His joyous, moving songs became so popular in Iran that Vigen was nicknamed ‘the sultan of Iranian pop music.’