Persian Cucumber
There are different types of cucumber such as Persian, Lemon, Kirby, Japanese, English and Armenian. Nowadays Persian cucumbers are being cultivated all over the world. Persian cucumbers’ shape is cylindrical and squat and its skin is thin and easy to…
0 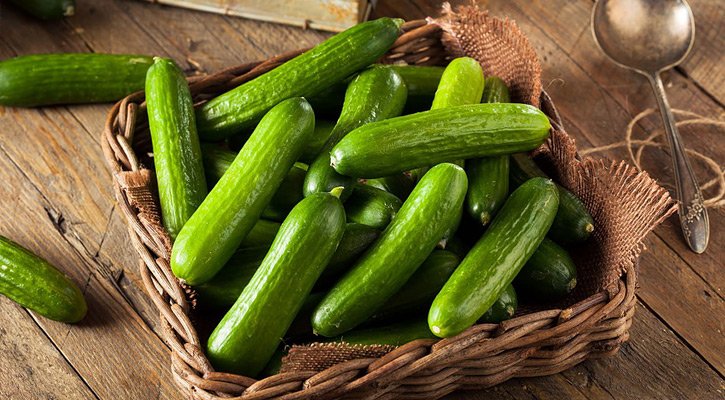 “Persian Cucumber” & (Why) they are Popular?

There are different types of cucumber such as Persian, Lemon, Kirby, Japanese, English and Armenian.

Because of their smooth skin, Persian cucumbers can be eaten with or without the skin and the flavor remains the same. 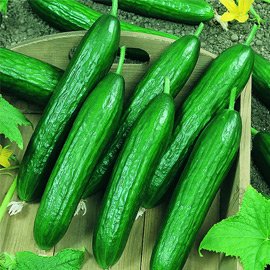 The cucumber (Cucumis sativus) is a part of the Cucurbitaceae family. It is a creeping vine that bears cucumiform fruits that are used as vegetables.

Cucumber plants naturally thrive in both temperate and tropical environments and that’s the reason cucumbers are the fourth most cultivated “vegetable” in the world.

Mostly used and looked at as a vegetable, cucumber is technically a fruit that contains 90% water. Cucumbers belong to the same botanical family as melons (including watermelon and cantaloupe) and squashes (including summer squash, winter squash, zucchini and pumpkin).

They are generally divided up into categories according to their most dominant attributes. There are three main varieties of cucumber: slicing, pickling, and seedless. The cucumber is thought to have originated in India and has been cultivated for more than 3,000 years. Even though they’re available year-round, cucumbers taste the best in the summer. Cucumbers are high in water and low in calories, fat, cholesterol, and sodium.

There are different types of cucumber such as Persian, Lemon, Kirby, Japanese, English and Armenian.

Persian Cucumbers: What are they? And why you should choose them?

As its name implies, this type of cucumber originated in Persia (Iran). Nowadays Persian cucumbers are being cultivated all over the world. Persian cucumbers’ shape is cylindrical and squat and its skin is thin and easy to chew. They’re denser than other varieties, with almost no watery seeds.

There are several different cultivars of Persian cucumbers, both heirloom and hybrid, including Figaro and Cordito.

How Persian Cucumbers are grown?

Cucumbers are extremely susceptible to frost damage; the soil must be at least 70 degrees Fahrenheit for germination. The ideal time to pick a Persian cucumber is when the fruit reaches 4 to 6-inches in length.

If it’s allowed to grow bigger, bitter seeds may develop that will compromise the flavor. Any cucumbers left on the vine too long will also get tough skins and lower plant productivity. Cucumbers are picked by using a knife or clippers. The stem above the fruit is cut. Pulling the fruit may damage the vine. 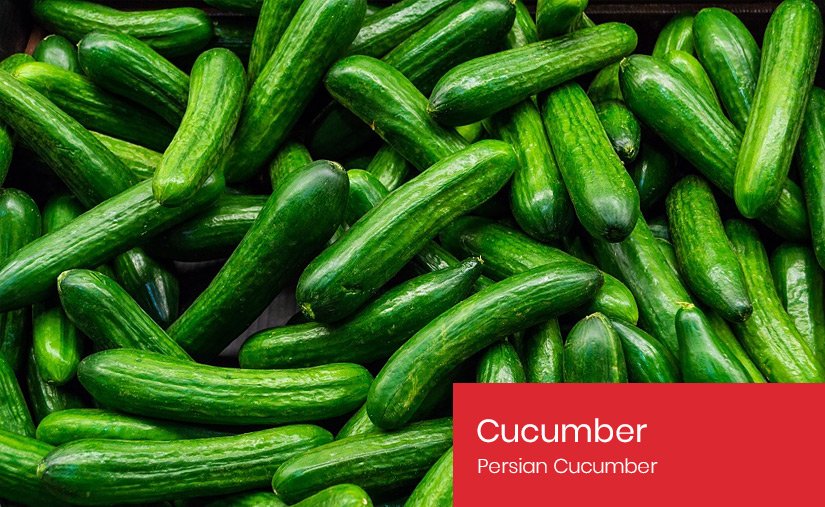 What are the (health benefits) of Persian cucumbers?

Persian Cucumbers are known to cool the body and are considered to be packed with health benefits. Below some of these benefits are explained: