Persian Holidays
In Persian culture, you can find a large amount of holidays, relating to joyous or sorrowful events. These holidays are marked based on three different calendars: Solar, Lunar, and Gregorian.
0 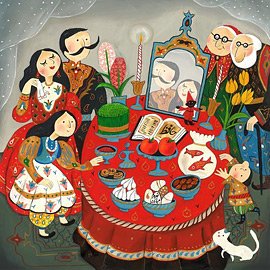 In Persian culture, you can find a large amount of holidays, relating to joyous or sorrowful events. These holidays are marked based on three different calendars: Solar, Lunar, and Gregorian.

The solar calendar is considered the main calendar in Iran, and it includes the most important events & holidays.

In the Lunar calendar you can find all the Islamic holidays listed. And the last one, The Gregorian Calendar, is used for marking the international holidays.

This holiday marks the beginning of the Persian New Year. On this day Persian families celebrate the first day of spring season and New Year by gathering for the cannon shot representing the New Year, visiting their relatives and elders and preparing a Haft-Sin.

This tradition also takes place in some other countries.

Some of them are Afghanistan, Kyrgyzstan, Iraq, Kazakhstan, Azerbaijan, and Uzbekistan and so on.
Though they celebrate Nowrooz, the date slightly differs in each country (E.g. Iraq: 21st of March).
In Iran, Norooz is an official holiday lasting for 13 days during which most national functions including schools are off and festivities take place.

Every year, this day is celebrated for marking the Islamic Republic constitution of 1979 which was followed by the overthrow of the Pahlavi dynasty and Mohammad Reza Shah’s exile.

This date marks the famous 13 Be-Dar festival which is held by picnicking and spending time outdoors with friends and relatives.

On this date, the death of the leader of the Islamic revolution, Ayatollah Ruhollah Khomeini, is grieved publicly. On June 3rd, Khomeini passed away due to several heart attacks in a short span of time.

Esfand 29th: The official nationalization of the oil industry

This law was proposed to Iran’s Legislative Assembly on the 17th of Esfand in the year 1329 and it was accepted by the Senate later on 29th of Esfand. The legislation led to the nationalization of the Anglo-Persian Oil Company (AIOC).

The movement was led by Mohammad Mosadegh, a member of the senate for the National Front and future prime minister of Iran.

This date marks the massive riots created by the Iranians as an answer to the arrest of their leader, Ayatollah Khomeini.

These riots, though shut down several times, eventually brought about the dethroning and exile of Mohammad Reza Shah and the destruction of the Pahlavi reign.

The 22nd day of Bahman on the Iranian Calendar is the celebrated day of the revolution that changed Iran and its everything to this day. This political celebration held on the last day of the celebration from 12nd of Bahman to 22nf Bahman is called the Ten Days of Dawn. 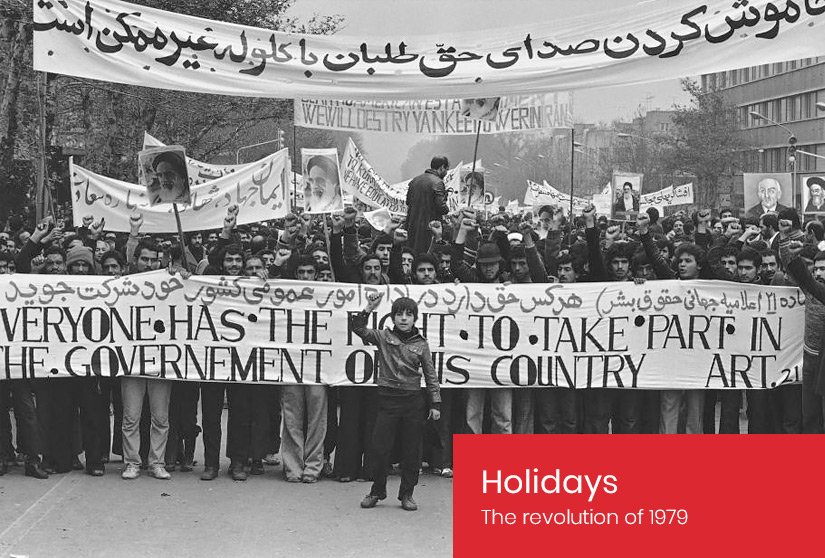 This day marks many historical happenings such as the infamous Shemr’s breach of Karbala, followed by the preparations for the battle with Imam Huseyn ibn Ali.
This day is followed by another holiday listed below.

This day marks one of the greatest tragedies in the Shi’a Islam.

On this day Imam Huseyn ibn Ali was murdered in Karbala alongside his comrades in arms and the Battle was lost.

Passion plays known as Ta’zieh are performed, reenacting the Battle of Karbala and the suffering and martyrdom of Huseyn.

Although, in Sunni Islam this day is celebrated since it is referred to as the Day of Atonement (The Liberation of Israelites), in the Shi’a Islam it is still a public mourning.

Arba’een, also known as “Chehelom“, is a holiday/Mourning that takes place 40 days after the 10th of Muharram, the day known as Ashura.
This day memorializes the terrible events of Ashura (The death of Imam Huseyn and the 72 men who bravely died alongside him). Many Muslims tend to go to Karbala on this day as a symbol of mourning.

A few months after the farewell pilgrimage, Prophet Muhammad fell ill and suffered for several days with fever, head pain, and weakness. He died on Monday, 8 June 632, in Medina, at the age of 62 or 63, in the house of his wife Aisha.
Ḥasan ibn Ali ibn Abi Ṭalib commonly known as Hasan or Hassan, was the eldest son of Ali and Muhammad’s daughter Fatimah, and was the older brother of Husayn. Hasan was poisoned by his wife Ja’da bint al-Ash’at, at the instigation of Muawiyah and died in the year 670 CE

He was poisoned at the age of 28 at the instigation of the Abbasid Caliph Al-Mu’tamid and died on the 8th Rabi’ al-Awwal 260 AH.

This date is celebrated as the birth date of the grand founder of the Islam religion and the final prophet that existed. Years later, Imam Jafar, the 6th Imam in Shia Islam was born on the same date.

This date marks the demise of the daughter of Muhammad the prophet. In her honor, many Shia muslims perform ceremonies that take near 20 days. Mourners march in procession through the streets to reaffirm their allegiance to the ideals of Fatima. 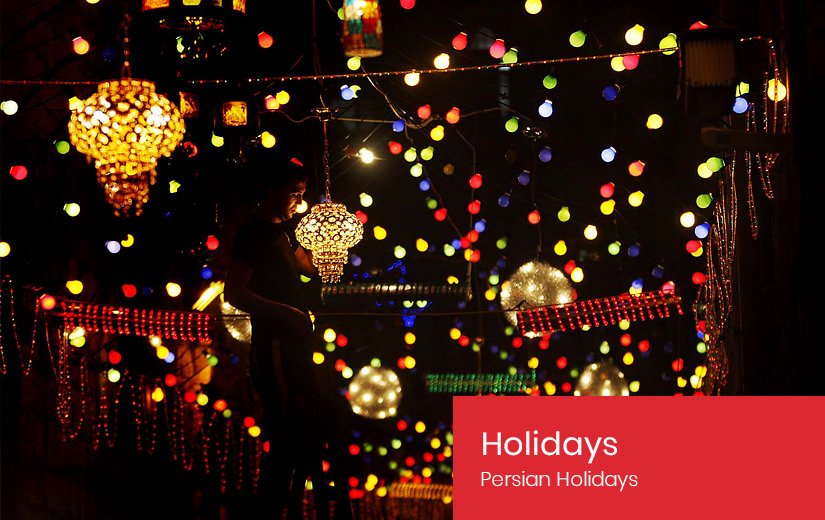 On this date, Ali ibn Abi Talib, the Prophet Muhammad’s son-in-law was born.

Ali was also cousin to the Prophet and considered as one of his most beloved people. The Shia Muslims regard him as their most important religious figure after Muhammad, and in their views, he should have been the one to take after Muhammad.

The Sunni Muslims however, don’t share this view and that is the main reason why Imam Ali was not selected as Muhammad’s successor immediately.

Muhammad became a prophet of the lord in 610 AC, and he was ordained to “Arise and warn and glorify the Lord”. Muhammad was visited by the archangel Jibril, who revealed to him the beginnings of what would later become the Quran.

The event took place in a cave called Hira, located on the mountain Jabal an-Nour, near Mecca. This holiday is in the honor of his grace.

Muhammad Ibn Hasan al-Mahdi, according to the beliefs of Shia Islam, is the last of the Twelve Imams.

He is believed to rise in the apocalypse with Isa-Masih (Jesus Christ), acting as the ultimate saviour of mankind, restoring justice to the world. Shi’as celebrate Muhammad al-Mahdi’s birthday on that day and perform religious acts such as prayers, fasting, and worship.

Iranian cities are decorated on night of Mid-Sha’ban.

On Friday Ramadan 19th, Imam Ali was attacked while praying by Abd-al-Rahman ibn Muljam. Ibn Muljam wounded Ali on the “crown of his head” by sword.

Though the hit was not extremely fatal, ibn Muljam’s blade was coated with poison and because of this, Imam Ali died on 21st of Ramadan and since then, this day is a public mourning in Iran.

This holiday marks the end of the holy month of Ramadan during which Muslims fast from sunrise to nightfall every day. Eid al-Fitr has a particular Salat (Islamic prayer) consisting of two Rakats.

This day marks the demise of the 6th Imam in Shia Islam. Though it is still not completely known how he died, the most popular theory is that after being arrested a few times by the Abbasid Caliphs, he was eventually poisoned during one of his imprisonments. This day is also a public mourning.

This day is a holiday in honor of Abraham’s willingness to sacrifice his own son upon God’s command which turned out to be a test.

This day is also known as “Feast of Sacrifice“.

In commemoration of this, an animal is sacrificed and divided into three parts: one part of the share is given to the poor and needy; second part is for the home, third is given to relatives.

This day is one of the most important holidays in Shia Islam. This is the day in which Ali ibn Abi Talib was announced as the Prophet Muhammad’s successor in a farewell pilgrimage.