Persian Movies
In 1933 Abdul Hossein Sepenta made the first Iranian sound film “Dokhtar e Lor” (The Lur Girl). The film was a success and stayed on Iranian screens for more than two years.
0 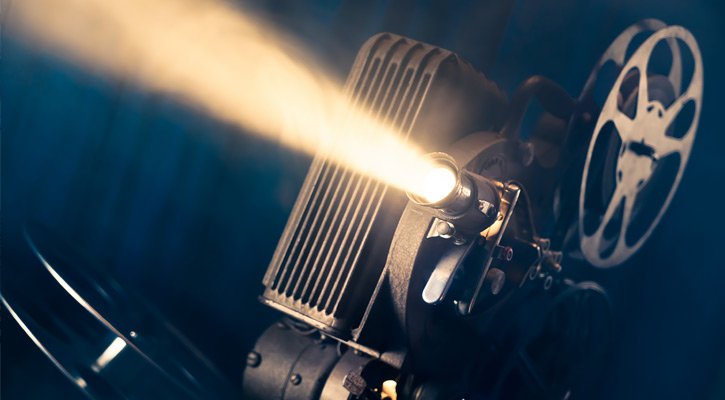 “Persian Movies” – One of the (Most Innovative & Exciting) in the World!

In 1933 Abdul Hossein Sepenta made the first Iranian sound film “Dokhtar e Lor” (The Lur Girl). The film was a success and stayed on Iranian screens for more than two years. After the Islamic Revolution in 1979, a few filmmakers and actors went into exile.

‘A Seperatioan’ has appeared on numerous critics’ top ten lists for 2011. 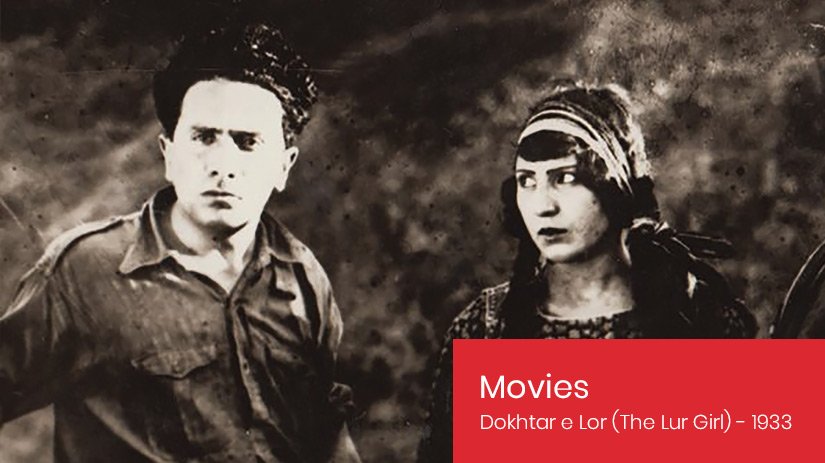 History of Cinema in Iran

In 1930 the first Iranian silent film was made by Professor Ovanes Ohanian called Abi and Rabi. In 1933 Abdul Hossein Sepenta made the first Iranian sound film “Dokhtar e Lor” (The Lur Girl). The film was a success and stayed on Iranian screens for more than two years.

The 1960s was a significant decade for Iranian cinema, with 25 commercial films produced annually on average throughout the early ‘60s, increasing to 65 by the end of the decade. Ganj-e-Qarun (Croesus Treasure) was a huge financial success which was made in 1965 by Siamak Yasami. Four years later Masud Kimiaie made Qeysar, an award winning film at the 1969 Tehran Film Festival. The same year “Gav” (The Cow) was directed by Dariush Mehrjui, written by Gholam-Hossein Saedi based on his own play and novel.

“Gav” was also a successful and award winning movie.

After the Islamic Revolution in 1979, a few filmmakers and actors went into exile. Many predicted that new rules and policies would kill off Iran’s cinema. But it has survived and went through remarkable transformations.

Today, Iranian cinema is recognized as one of the most innovative and exciting in the world, and films from Iranian directors are being screened to increasing acclaim at international festivals. 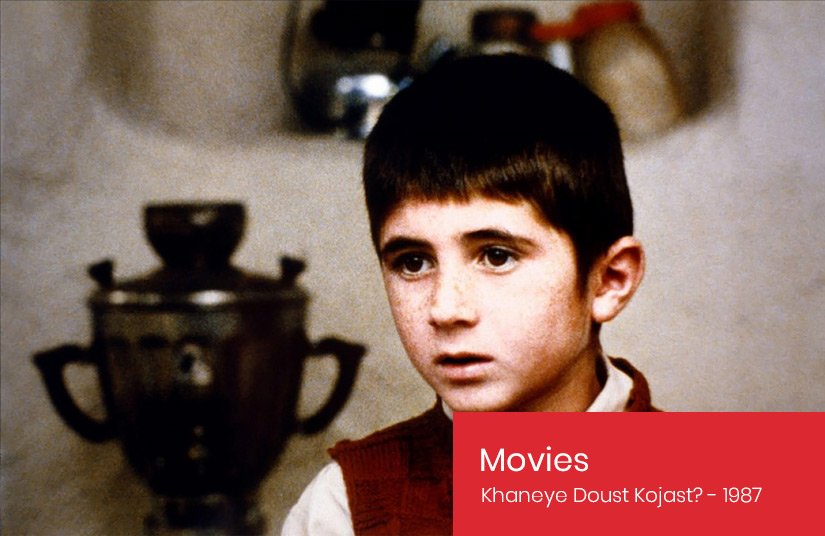 Where Is the Friend’s Home? is an Iranian drama film directed and written by Abbas Kiarostami. Mohammad Reza Nemetzadeh has not done his homework, which makes his teacher angry. The boy explains that he left his homework note at his cousins. The teacher warns him for one last time and threatens with expulsion if Mohammed Reza doesn’t finish the homework the next day. Ahmad his classmate watches the scene and becomes friend with Mohammad Reza.

When Ahmed starts to do his homework, he realizes that he accidentally brought home a notebook belonging to Mohammad Reza. Knowing that his friend may be expelled if he does not have his notebook, Ahmad goes to extreme length to find his friend’s house and give his notebook back.

The title derived from a poem by famous Iranian poet Sohrab Sepehri. The film won the Bronze Leopard at the 1989 Locarno Film Festival and the Golden Plate at the International Fajr Film Festival. The film is among the top ten in the BFI list of the 50 films you should see by the age of 14. Filmmaker Werner Herzog advises his Rogue Film School students to view the film as part of the schooling. 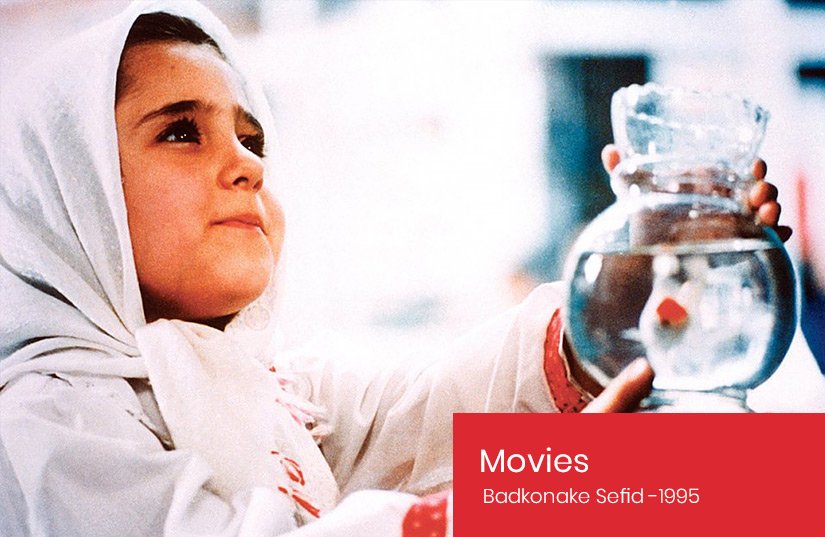 The White Balloon is an Iranian film directed by Jafar Panahi, with a screenplay by Abbas Kiarostami. It was Panahi’s feature-film debut as director. The story is set in Tehran and an hour and a half before Persian New Year (Norooz). A 7 year old girl is shopping with her mother when she sees a goldfish in a shop and asks her mother to buy it for the New Year instead of the skinny ones in her family’s pond at home. Razieh finally convinces her mother and is given money to buy the desired goldfish. But she accidentally loses the money. Razieh and her brother Ali find out that the money has fallen through a drain grating. Now they have to find a way to retrieve the money.

The film received many strong critical reviews and won numerous awards in the international film fairs around the world including the Prix de la Camera d’Or at the 1995 Cannes Film Festival. The Guardian has listed this film as one of the 50 best family films of all time. The film is on the BFI list of the 50 films you should see by the age of 14. 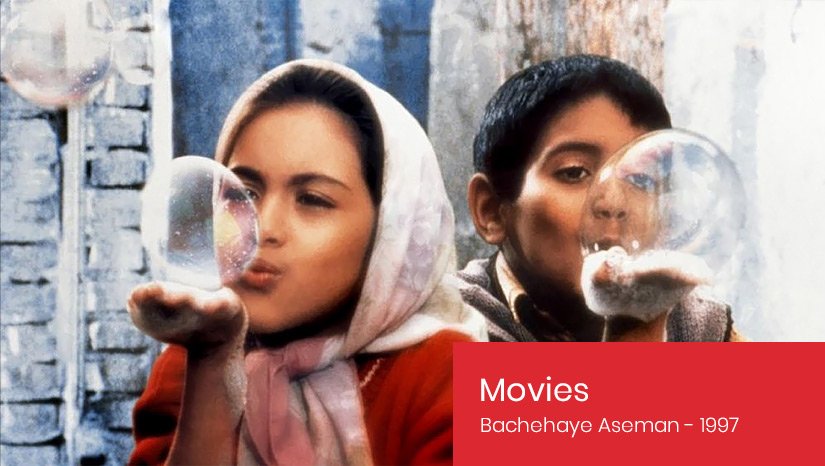 The Children of Heaven is an Iranian family drama film written and directed by Majid Majidi. The Children of Heaven tells the story of a relationship between an impoverished brother and sister, Ali and Zahra. Ali loses his sister’s shoes but because their family have severe financial trouble, he asks his sister no to tell them. They decide to share Ali’s Converse sneakers: Zahra would wear them to school in the morning and return them to Ali at midday so he can attend afternoon classes. However this leads to Ali being late to school no matter how hard he runs.

The Physical Education teacher notices that Ali is good at running so chooses him for competition between many different schools.

The third prize is one week at a vacation camp and a pair of sneakers. To his bitter disappointment, in a hard-fought dash to the finish, he accidentally places first instead. In 1998, it became the first Iranian film to be nominated for an Academy Award for Best Foreign Language Film. 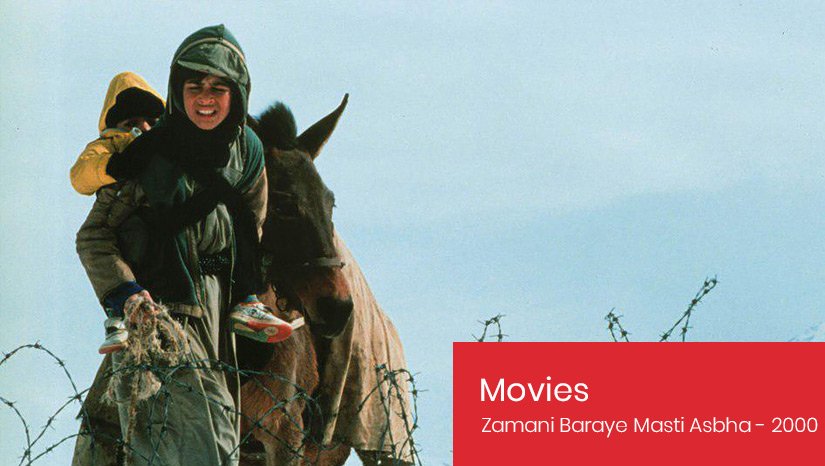 A Time for Drunken Horses is an Iranian film directed by Bahman Ghobadi. The story is about an orphaned Iranian Kurdish family that tries to survive by smuggling tires across the border between Iran and Iraq; Ameneh, a teenage girl; Ayoub, her brother, who is about 12, and Madi, their 15-year-old brother. Ayoub and Amaneh’s severely handicapped brother, Madi, is very ill. Ayoub have to become the head of his five siblings and to pay for a surgery Madi desperately needs, he has to start smuggling truck tires across the border to Iraq. When he can’t make enough money, the eldest sister agrees to marry a man from Iraq with the understanding that her in-laws will pay for Madi’s operation. 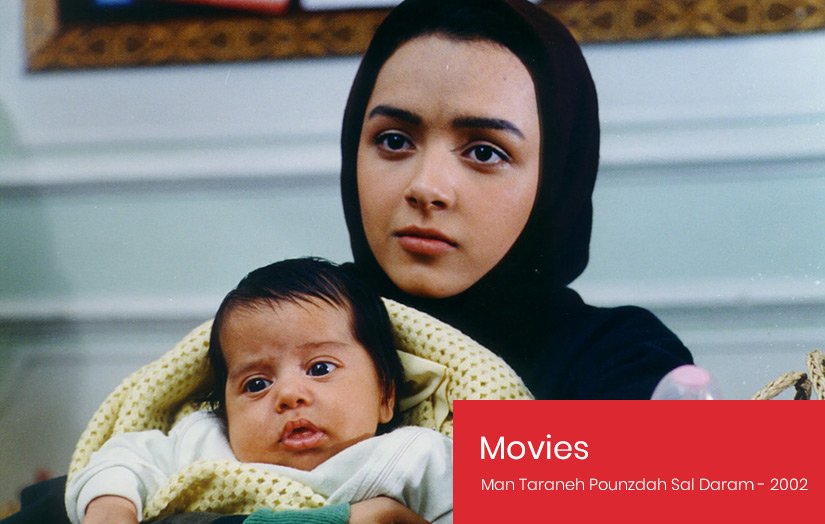 I’m Taraneh, 15: is an Iranian film directed by Rasul Sadrameli.

The story is about Taraneh a 15 year old high school student whose mother has passed away and father is in prison. She lives with her grandmother, earns her living as a part-time shop assistant. Taraneh avoids the flirtatious attentions of carpet salesman Amir. At first Amir’s mother disapprove of the marriage because she thinks Taraneh wants to marry her son for his money. Eventually the couple gets a license for a “temporary marriage”, which will be formalized as soon as Taraneh has graduated. But soon it turns out Amir is an immature party animal and the couple splits up by mutual agreement. After a while Taraneh discovers that she is pregnant. That’s just the beginning of a chain of misfortune.

The movie won Bronze Leopard for Best Actress, Special Prize of the Jury and was nominated for Golden Leopard at Locarno International Film Festival in 2002. The film was also selected as the Iranian entry for the Best Foreign Language Film at the 75th Academy Awards, but it did not make the final shortlist. 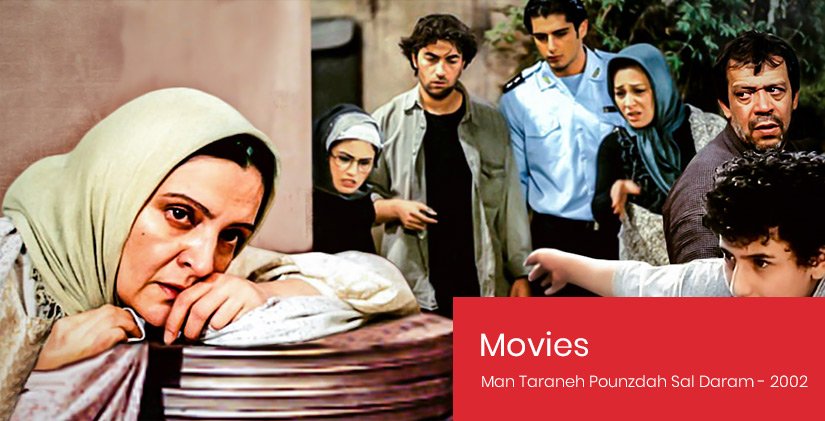 Mum’s Guest is an Iranian family comedy film directed by Dariush Mehrjui. It is based on a book of the same name by Iranian author, Houshang Moradi Kermani. A mother of a poor family finds out that her nephew and his newlywed wife are coming for a visit. She gets worried about how their house and conditions will look to them and does her best for her guests. Yadollah, her husband has only bought a watermelon. He is so talkative and insists that the guests have dinner with them. They don’t have anything to prepare for their guests but all of their neighbors help them to prepare a colorful table with delicious foods. But this is not the end… 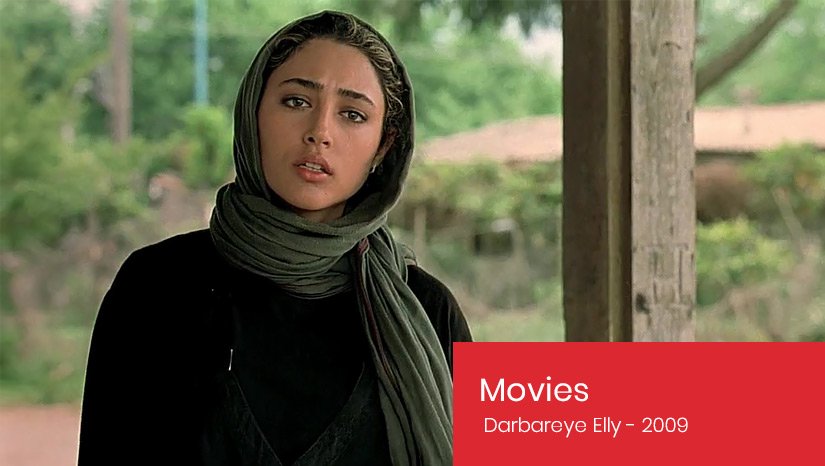 About Elly is a 2009 Iranian drama film directed by Asghar Farhadi. It is the fourth film by Farhadi. The story is about a group of college friends that decide to go to Caspian Sea to spend their weekend. Sepideh has brought her daughter’s kindergarten teacher Elly. Sepideh wants to set her up with one of her friends Ahmad who has come back from Germany. After Elly disappears, things get complicated. The group starts to blame each other and as a result some secrets are revealed. 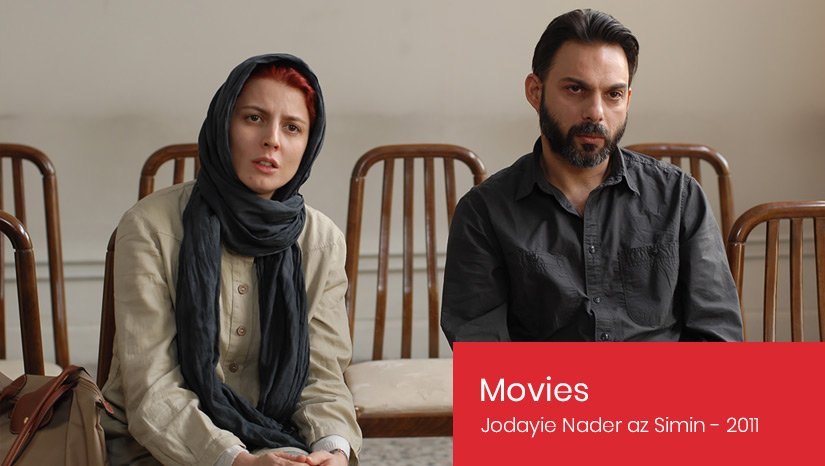 A Seperation: is an Iranian drama film written and directed by Asghar Farhadi.  The story of movie is about Simin and Nader. A couple that has a daughter named Termeh. Simin wants to leave the country but her husband is not willing because of his father who suffers from Alzheimer’s disease.

When Nader determines to stay in Iran, Simin files for divorce and move to her parent’s house. Nader hires Razieh to take care of his father while he is at work. One day, Nader and Termeh return home and see grandfather lying unconscious with one of his arms tied to the bed while Razieh is not in the house. Nader becomes furious and throws Razieh out of the apartment. She falls in the stairwell outside and suffers a miscarriage. A prosecution is assigned to determine the cause of the miscarriage and if Nader is responsible for it. As a result things get complicated.

The film received universal acclaim from film critics and won many awards. It won the Golden Bear for Best Film at the 61st Berlin International Film Festival. The actor and actress ensemble both received the Silver Bear for Best Actor and Actress.

Asghar Farhadi was also nominated by Academy Awards for the Best Original Screenplay in 2012. The film has appeared on numerous critics’ top ten lists for 2011. It was also named the ninth-greatest film of the 21st century in a 2016 BBC critics’ poll. 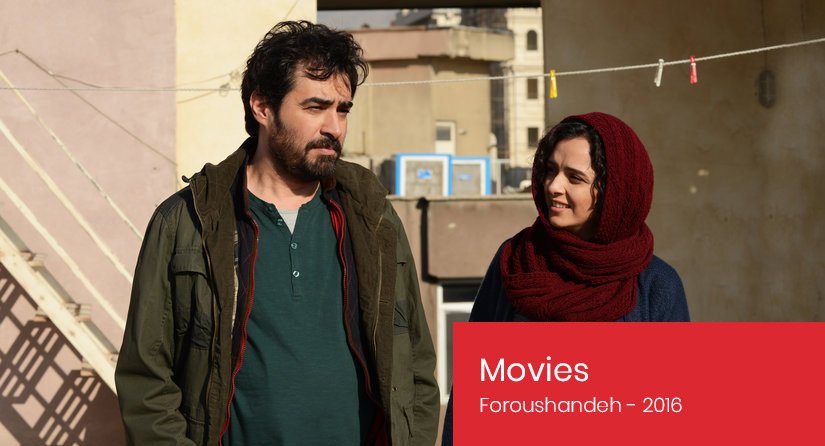 The Salesman: is a 2016 drama film written and directed by Asghar Farhadi. Emad and his wife Rana are actors working on a stage production of Death of a Salesman by Arthur Miller. They are forced to leave their Tehran apartment when nearby construction nearly causes the building to collapse. A theater colleague finds them a flat, but one of the rooms is occupied with previous tenant’s belongings. The tenant won’t be able to remove her belongings till she finds a new house. As mentioned by Emad’s colleague the previous tenant seems to be “a woman with a lot of acquaintances”.

One night, Rana is taking a shower when the apartment’s buzzer sounds. Thinking it’s her husband Emad she buzzes him in and returns to the shower. When Emad does get home, he sees blood on the stairs and in the bathroom. He finds Rana in the hospital, where the wounds on her face are being stitched.

The film like most of Farhadi’s works received critical acclaim.

Shahab Hosseini won the award for Best Actor and Asghar Farhadi won the award for Best Screenplay at Cannes Film Festival. The Salesman also was nominated at Golden Globe Awards and British Academy Film Awards. The film also won the Academy Awards in 2017 for best foreign language film, making it the second Iranian film and Asghar Farhadi’s second film to win an Oscar.