Persian Tattoo
The word tattoo comes from the Tahitian verb "tatu" which means "to mark something." Persian Tattoo used to be done in the baths and by Dallaks.
0 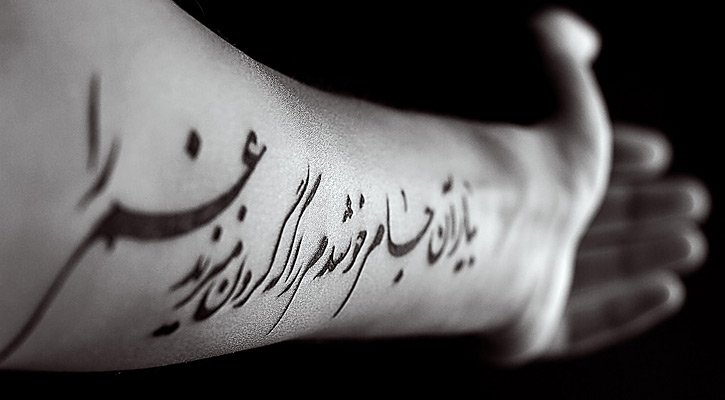 Persian Tattoo used to be done in the baths and by Dallaks. They helped people wash themselves in public baths and their other duties were massaging, extracting tooth, cutting hair and tattooing.

The word tattoo comes from the Tahitian verb “tatu” which means “to mark something.”

The earliest evidence of tattoo art comes in the form of clay figures that have been recovered from tombs in Japan dating back to 5000 BCE.

What is a Tattoo?

Tattoo is a permanent type of body art which is made by puncturing the skin with needles and injecting ink, dyes, and pigments into the deep layer of the skin to change its color permanently.

The word tattoo comes from the Tahitian verb “tatu” which means “to mark something”. Tattoos have always had an important role in ritual and tradition of every culture in the world. The technique of tattooing has not changed for centuries.

The tattoo designs were plain or elaborate or have served as amulets, status symbols, declarations of love, signs of religious beliefs, adornments and even forms of punishment.

History of Tattoo in the World 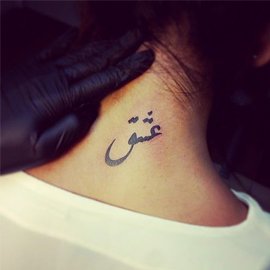 The earliest evidence of tattoo art comes in the form of clay figures that have been recovered from tombs in Japan dating back to 5000 BCE. The proof that prehistoric people knew how to tattoo and that they practiced tattooing are tools that were discovered in France, Portugal, and Scandinavia. Ötzi, Europe’s oldest human mummy also called the Iceman; is the well preserved natural mummy of a man that lived around 3400 and 3100 BCE and was discovered in September 1991.

Ötzi had over fifty lines and crosses tattooed in different parts of his body. Ancient Egyptian mummies are another proof of some of the earliest tattoos. Bronze implements are considered as a primitive tattooing tool that was discovered in northern Egypt, showing that tattooing was actively practiced across ancient Egypt.

Japanese used to tattoo criminals with a line on their forehead as a punishment for their first offense; then they added second tattoo, an arch for their second crime and in the case of third offense another line tattoo that would complete the symbol for “dog”.

During the years of China’s Han Dynasty, criminals were also the only ones who were tattooed. Tattooing was believed to be a barbaric practice and was frown upon in ancient china. A number of tattooed mummies were discovered in western China in the province of Xinjiang dating back to 2100 BC.

The Greeks used tattooing for communication among their spies. Romans also used to mark criminals with tattoo and Germanic and Celtic tribes also used to tattoo themselves. During the 18th century, Native American women used to tattoo themselves as a relief for toothaches and arthritis. During 19th century and at the time of Civil War in the United States, Americans used tattoo for identifying war soldiers.

At the start of the 20th century tattoo indicated someone’s profession; tattoo was mostly used by circus performers and sailors. Sailors used to have anchor tattooed on their skin.

In Farsi tattoo is called ‘Khal Koubi’, “Khal” in Farsi means mole and “Koubi” comes from the verb ‘Koubidan’ which means ‘ramming’.

The first evidence of Persian tattoos in the ancient Persia is the tattooed body of a Scythian chief in Pazyryk Mound (a burial area in the Altai Mountain in Siberian Russia), which goes back to 5th century BCE. During Achaemenids period of Persian Empire, slaves had tattoos with the initials or a sign of the master that owned them.  The names of the successive owners were also marked on their skin. The Greeks learned tattooing from the Persians, and they also used it to mark their slaves.

Some Persian Ladies had Persian tattoo designs on their forehead to connect the eyebrows. They also used to have dot tattooed on the chin and one cheek or upper lip as beauty spots (mole).

Persian tattoo was also popular among the street entertainers who had tattoos portraits of famous paladins on their arms or all over their upper body.

Persian Tattoo used to be done in the baths and by Dallaks. They helped people wash themselves in public baths and their other duties were massaging, extracting tooth, cutting hair and tattooing.

There is story in Rumi’s famous book Masnawi which tells the story of a man that wants to get a lion tattooed on his back but eventually changes his mind when he experiences the pain of the needle. 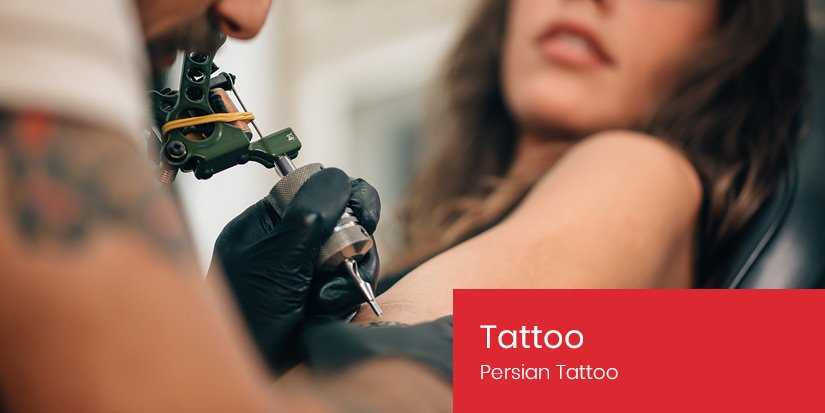 How To: Take Care of Your Tattoo

After getting tattoo you should take care of the skin so you don’t get a skin infection.

The Risks –  of Getting a Tattoo?

Tattoos are a beautiful form of art but they come with possible risks. 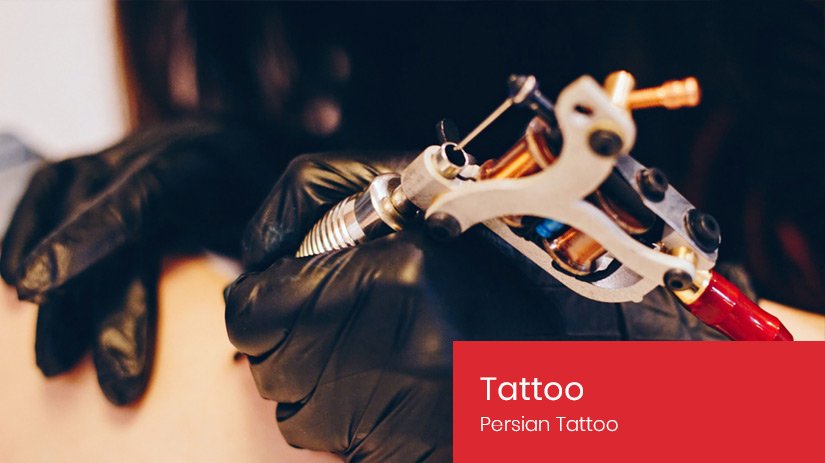 The first professional tattoo artist and the first tattoo shop owner in the United States was Martin Hildebrandt. Hildebrandt started tattooing in 1846 and as a sailor. During civil war he used to tattoo the names of hundreds of soldiers on their arms or breasts by which many soldiers were recognized after being killed or wounded.