Persian Saffron
Saffron is one of the world’s most costly spices. Saffron is procured from “saffron crocus”, a flower which is native mostly to Asia. Iran covers about 90% of the world’s 250 tons of saffron production annually.
0 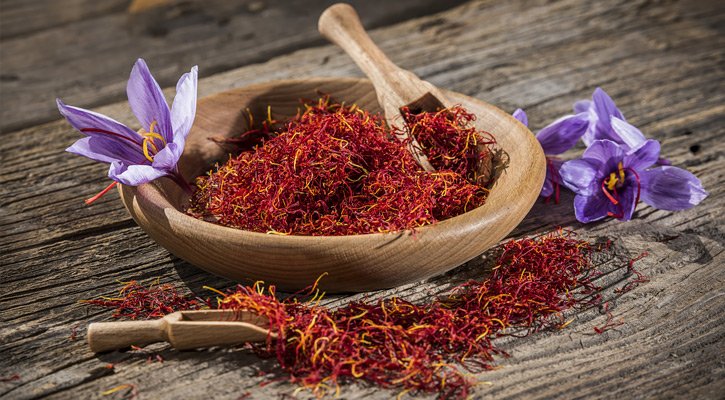 “Persian Saffron” – The (Red Gold) of All Spices

Saffron is one of the world’s most costly spices. Saffron is procured from “saffron crocus”, a flower which is native mostly to Asia.

One of Iran’s products that we are proud of beyond words is Saffron.

Saffron is one of the world’s most costly spices. One of the reasons behind the high price is the fact that this spice cannot be found except in a handful of places. Hence, saffron has been nicknames “The red gold”!

Though you can find saffron in a few places besides Iran, Persian saffron has no rival when it comes to its superb flavor, mesmerizing color and excellent quality.

Saffron is procured from “saffron crocus”, a flower which is native mostly to Asia. 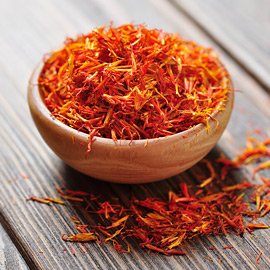 This plant is an autumn blooming crocus. The saffron is basically the red stigmas of this crocus flower. Each crocus flower only produces three stigmas and each saffron crocus bulb only produces one flower. More than 80,000 crocus flowers must be planted, grown, hand-harvested and processed to make just one pound of Saffron.

It takes about three years from the time that crocus is planted as seeds to produce flowers. Since the process and its product are completely natural, wielding this flower in order to get the gold is very hard and needs expertise. This is another reason behind the high cost of spice.

To get the spice from flower, one needs to dry its’ stigmas. The proper way is to cut the fibrous threads from the flower and then sun-dry them.

After that, you’ll be able to use the spice for cooking.

Saffron plays an essential part in many of the traditional dishes of Persia, India, and Arabia, Turkey and Spain.

Persian saffron releases its flavor when is mixed with warm water. It takes about 15 minutes for this process to begin and the saffron threads continue releasing color and flavor for the following 24 hours. 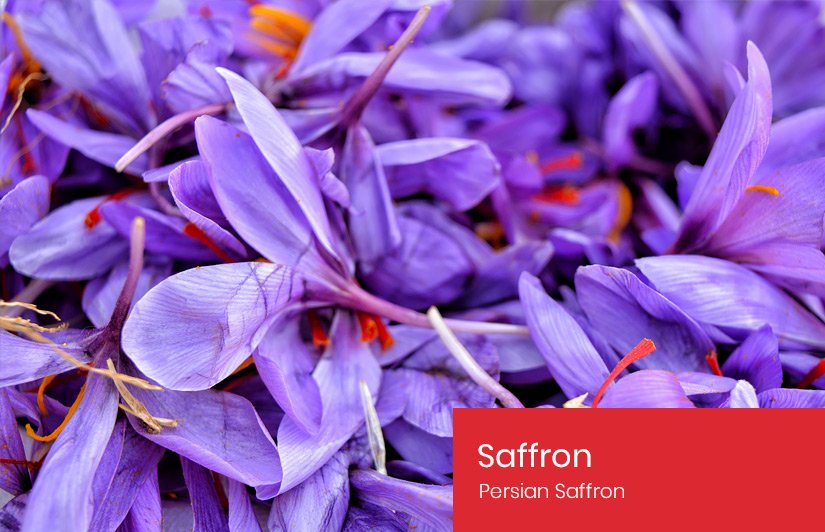 Apart from enhancing the features of dishes magnificently, saffron also has many medical uses.

It is used to reduce a number of health issues, and is used as a remedy to cure insomnia and stress. Persian saffron contains mild sedative properties that help treat the problem suffering from insomnia or people who have long term sleep disorders.

Researches show that saffron can lower cholesterol and keep cholesterol levels healthy. Saffron also is rich in antioxidant which is important for maintaining healthy arteries and blood vessels.

Scientific evidence indicates that saffron can both slow and reverse cancer growth.  Saffron fight cancer at all stages of the disease from prevention to reversal. Also saffron can alleviate the detrimental side effects of chemotherapy drugs.

Mental stimulation is one of the health benefits of saffron.

Safranal & Crocin which can regulate neurochemicals such as dopamine, serotonin, and norepinephrine. This regulation reduces symptoms in mild to moderate depression even without conventional psychiatric medications.

Saffron is also a useful substance when it comes to “weight loss”, since it has an appetite receding effect. Saffron prevents snacking by reducing your appetite. The pure saffron (saffron tea, saffron syrup, food stuffing) has the power that can reduce your appetite.

It is also of great use: in the cosmetics and skin care facility!

Saffron has antibacterial and antiseptic properties that would prevent acne and pimples, resulting in a youthful glowing skin. Saffron not only clears acne scars and inflammation, but also minimizes the oil secreted by the sebaceous glands. Saffron is a great source of vitamins A, B1, B2, and lycopene so it is good for your skin and eyes, two important parts of body that are quite often prone to premature ageing.

To elaborate, it can aid dry skins, provide great facial masks and etc. in cosmetics however; it can be used as antiseptic creams, skin allayers and so on.

Saffron is also a good source of manganese, the mineral responsible for regulating blood sugar and the formation of bones and tissues. Base on new studies daily saffron consumption relieves muscle pain and increases muscle strength.

Iran – the Biggest Saffron Producer in the World!

As mentioned in a few more of the headings of this site, Iran usually tends to be the biggest producers and exporters of many of its domestic products. Saffron is no different. Iran covers about 90% of the world’s 250 tons of saffron production annually.

Iran is the biggest saffron producer in the world which exports this spice to 46 countries all over the world.

It is believed that saffron originated and was first cultivated in Greece, but today the spice is primarily grown in Iran, Greece, Morocco, and India. It is said that classical Persian is the very first language that has the use of saffron (or Zaferan, as more commonly known around Iran) registered in the cooking department.

In many other dishes like most of our stews (curry-like dishes) the use of saffron is optional, just to add more flavour, aroma. The use of saffron in Zereshk Polo ba Morgh (barberry rice with chicken) makes it more delicious and tasty.

Saffron is one of the oldest spices in the world.

Since its first documentation in the 7th Century BC, the long history of saffron spice goes back to over 4500 years ago. It began being used in the Middle East and then branched out to the different parts of the world. Saffron has been used as a food seasoning, perfume, hair and clothes dye, and most importantly as a medicinal herb.

Archeological evidence indicates that saffron has its origin in the Zargos mountain range in Iran, where around 1 Kilogram of saffron was used in the royal kitchen every day. One of the oldest dyes in world is saffron which has been mentioned even by Homer and Virgil.

The Sumerians used saffron as an ingredient in their remedies and magical potions. Saffron was a luxury saved for the nobility back then. Kings, queens often wore saffron perfumes, bathed in saffron water for healing wounds and prayed to their gods with saffron offerings. Medieval monks found that mixing egg whites and saffron created a yellow glaze that could stand in for gold in the production of their manuscripts.

There are a few points that matter when it comes to the quality of saffron.

We will name two: 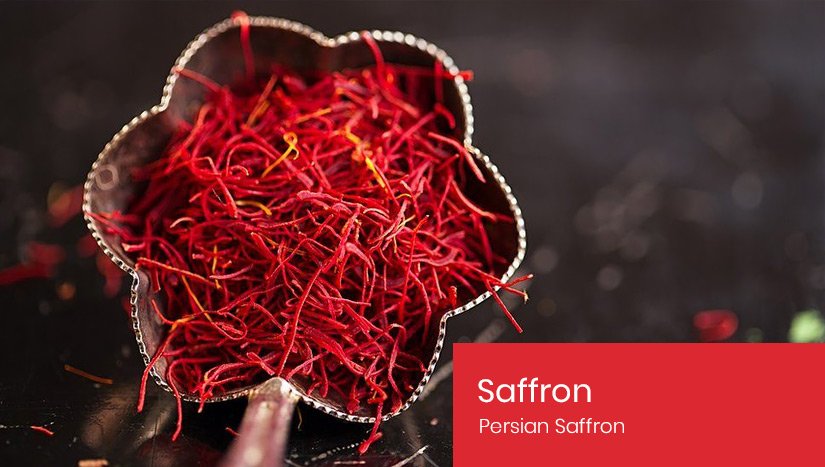 How to Purchase Persian Saffron?

When buying saffron, make sure you’re buying from a reputable source. The spice is expensive, so it can often be the target of fraud. There are a few things to know when buying saffron. Since it is quite pricey, you want to buy a type that is high quality, fresh and without any additives.

The simplest way to tell if the saffron you’re intending to buy is fresh is the color. The color has to be a dazzling crimson, with the tips a slight res-orange color. Also you can tell by the smell. It should be strong, stinging and fresh.

How Much Does Persian Saffron Cost?

Where Do I Keep Saffron?

Keep threads in a cool, dry, dark place. You can put it in the freezer for up to a year. Saffron water can be stored in the fridge in an airtight container for up to three weeks.