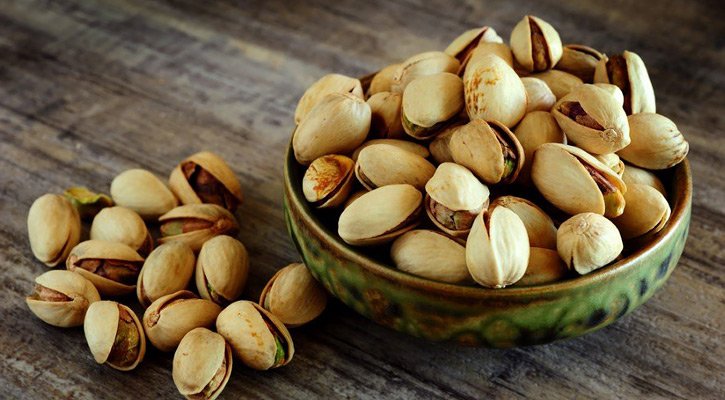 “Persian Pistachios” & (Why They are Expensive)?

The English name “Pistachio” also known as “Green almond” is derived from the Persian word “Pesteh”. Pistachios are one of the oldest flowering nut trees. Iran accounts for over half the global pistachio production and earns billions of dollars in exporting pistachios.

Iran is the biggest pistachio producer and exporter in the world with a production of more than 115,000 Metric Ton.

The English name “Pistachio” also known as “Green almond” is derived from the Persian word “Pesteh”. The pistachio a member of the cashew family, is almost present in all facets of Iranian life and is mentioned in literature, stories, beliefs, traditions and rituals such as Norooz, Yalda festivals and are even consumed in weddings and funerals. The scientific name for the pistachio is “Pistacia vera L”.

Pistachio Trees and Everything You Need to know 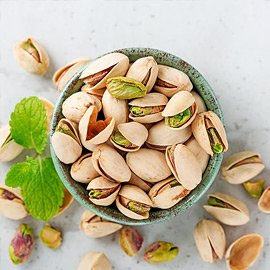 Pistachio trees are planted in orchards and take approximately seven to ten years to reach significant production. They produce seeds that are widely consumed as food worldwide. The trees usually grow up to 8 meters tall and can tolerate different extremes in temperature and can survive without water for long periods of time. Pistachio trees usually grow in the areas that summers are long, hot and dry, and the winters are moderately cold.

Pistachio trees are planted in the spring because it gives them time to grow during the summer. Pistachio trees start having fruit in the fourth or fifth year after budding they don’t become fully productive until they are more than a decade old.  There are more than 10 species of pistachio nut trees but only Pistacia vera L is being cultivated commercially.

The pistachio has long been a part of human history. Pistachios are one of the oldest flowering nut trees. Archeologists have shown that pistachio trees were cultivated as early as 7,000 B.C. Pistachios were popular nuts throughout the history. Queen of Sheba was so fond of pistachios.

During the conquests of Persia by Alexander the Great, the pistachio reached Greece. Later, under the rule of the Roman Emperor Tiberius, pistachio was also introduced into Italy and Spain.

The Pistachio tree was first brought to the United States in 1854 by Charles Mason. He imported the seed for experimental plantings in California, Texas and some southern states.

Pistachios Used at Many Places and Occasions in Persian Culture

The Persian pistachios (also called “Pesteh” in Farsi), is known worldwide due to its quality, unrivalled taste and maximum nutrition and the Kerman province  in Iran is one of the best places in the world for growing pistachios and provides over half of Iran’s pistachios production.

City of Sirjan and Rafsanjan are famous Pistachio producers in Kerman province.

Other provinces such as Yazd, Khorasan, Fars, Semnan, Sistan and Baluchestan, Qazvin, Isfahan and Qom are also well known for the production of pistachios. Some of the most frequent cultivars in Iran are Mirhavy, Momtaz, Owhadi, Safeed, Wahedi, Sefideh-Montaz, Imperiale de Dameghan, Ravzine and Bademi. 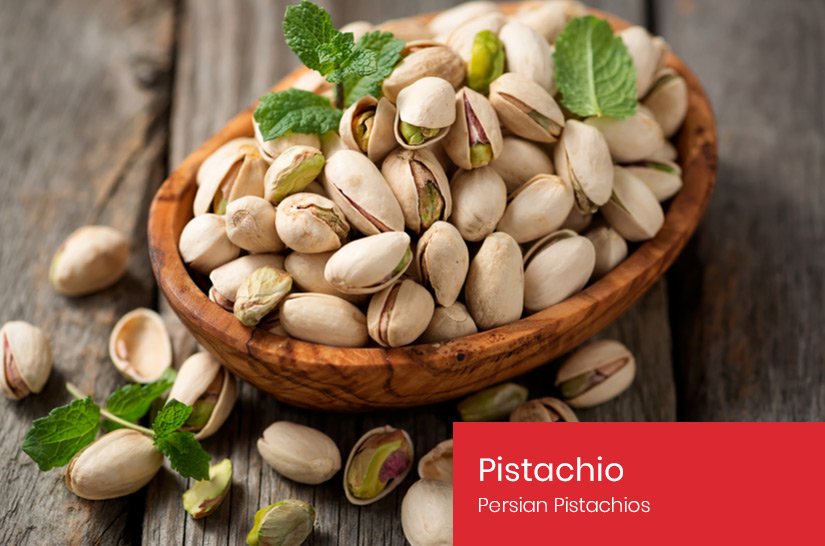 The Drying Process of Pistachios

Sun-drying has been found to be one of the best methods of drying, after that they are roasted or processed by special machines to produce pistachio kernals. The taste advantage is enhanced by roasting the Iranian pistachios at higher temperature, which also eliminates any bacterial contamination, which may be present in the raw product.

Persian pistachios have the best taste and quality in the world.

The Different Kinds of Persian Pistachios

Persian pistachio differs in various aspects. Many of them use their local name and each name represents a region, shape or quality type.

To name a few:

Persian Jumbo Pistachio (Kallehghouchi): This type of Persian pistachio is also known as kalleh ghochi, which is the Jumbo type. The easiest way for identifying this type is the shape of pistachios is rather fat and (in comparing with round) is rather long; this is why it is called as Jumbo.

Persian Round pistachios (Fandoghi): Persian round pistachios are the most widely available pistachio variety. Fandoghi is round shaped and has the lowest shape index.

Kernel Pistachios: This type of pistachio has totally green color which is used in food industry. Commonly use to color and flavor the ice cream, chocolate or cake. 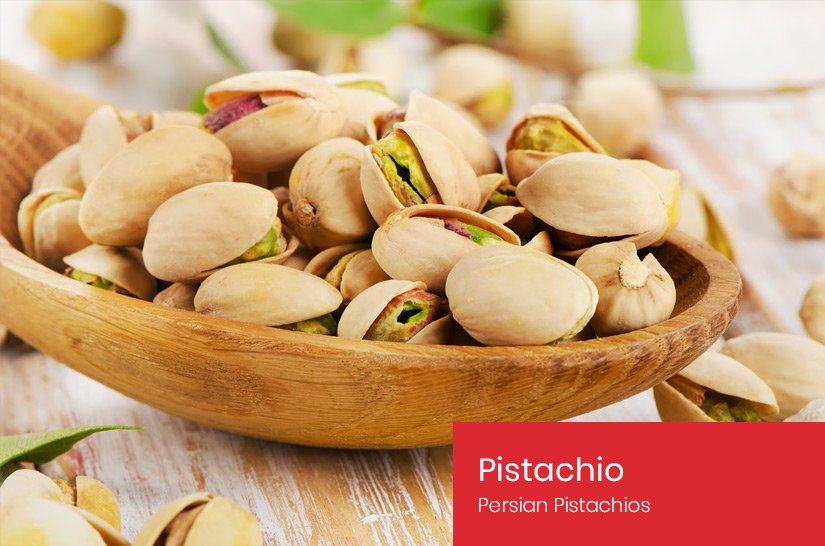 Pistachios have a unique nutrient and fatty acid profile. They are a good source of unsaturated fatty acids and numerous antioxidants, including tocopherol, carotene, lutein, selenium, flavonoids, and phytoestrogens. Compared with other commonly consumed nuts, pistachios are the richest source of phytosterols.

Why Are Persian Pistachios So Expensive?

Pistachios have a much higher price than other nuts such as almonds, cashews, or peanuts. One of the main reasons is that pistachio trees take more than a decade to start bearing fruits after being planted.

The most fruit a tree can produce in a year is about 50 pounds, and they only produce that peak weight every other year. Pistachio trees are tolerant and can survive in poor soil and bad weather conditions as long as there’s enough root drainage.

Pistachio trees usually grow in the areas that summers are long, hot and dry, and the winters are moderately cold.

This specific condition limits the areas of the world where they can be grown to three main locations—Turkey, Iran and California—which in turn limits production and that is the second reason why they are more expensive than other nuts. Pistachios also must be hulled and dried to be a stable commodity, and this must be done within 24 hours of removal from the tree.

The machinery used for this process is also expensive and has only one use which is hulling and drying. Also you can’t stockpile pistachios, which can be done with almonds.