Persian People
This choice between “Iranian” and “Persian” continued for a long time. The main reason was that all western languages had affirmed the term Persia (from the Greeks) and were using it as the main name for Iran.
0 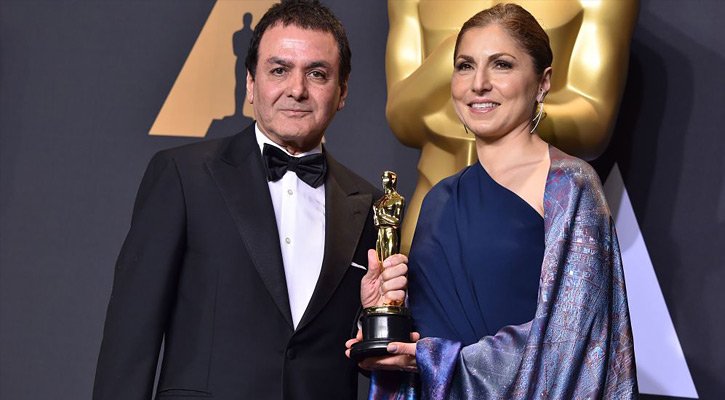 This choice between “Iranian” VS “Persian” continued for a long time. The main reason was that all western languages had affirmed the term Persia (from the Greeks) and were using it as the main name for Iran.

“Persian” can refer to a few more Iranian races and groups who speak modern Persian.

Though it is quite clear, Persian people are Iranian residents speaking modern Persian tongue, or close relatives of the Persian dialect.

Persis is a section located in the north of Iran. This was the domain in which king Cyrus the Great brought all the Iranian empires together and took the Persian cultural standards to a new level by merging the Lydian and Babylonian empire into Persia.

King Cyrus the great was the originator of the Achaemenid Empire!

This empire, despite not being the first Persian empire there was, was famous around the world and to this day is remembered by historians for its’ cultivation, warfare and social traits that effected many domains such as Egypt and Athens.

Though Persian native groups exist throughout the west, Persians have always been more of a pan-national group, meaning that they contain regional residents that indicate themselves as “Persians” or more commonly “Iranians”.

Since Persians are a pan-national crowd, it is not completely right to specify them as an ethnic or native group. Mainly because the term “Persian” can refer to a few more Iranian races and groups who speak modern Persian.

Many language experts define the Persian language as a sole native unit, and they actually rule out all the popularity that speaks Persian dialects. This is an inaccurate thought, as every single ethnic group inside Iran are included “Iranian”, regardless of their regions and language. Some other experts, however, define Persian speakers as separate ethnic units. Yet, this thought is also wrong in some points. Because all the ethnic crowds that lived in Iran were considered to be Iranians or Persians.

This choice between “Iranian” and “Persian” continued for a long time. The main reason was that all western languages had affirmed the term Persia (from the Greeks) and were using it as the main name for Iran. This was up to 1935 when Reza Shah officially asked the foreign countries to address Persia by its original, native name: Iran.

Seyed Mahmoud Hessabi was an Iranian nuclear physicist who was born in Tehran in 1903. He studied and physics at Sorbonne University and got his PhD in physics. When 15 thousand people were volunteers to attend Einstein’s class, he was one of the 5 chosen ones.

He presented a theory called “Infinitely Extended Particals” which with the guidance of Einstein and his own researches, he defended his theory and explained it to other great scientists like Born, Memzi and Schrodinger and was awarded the greatest scientific medal of France. Einstein elected him as a substitute of himself when he returned to Princeton. He knew different languages Persian (Farsi), French, English, German and Arabic as well as knew Sanskrit, Latin, Greek, Pahlavi, Avestan, Turkish and Italian.

Asghar Farhadi is an Iranian film director and screenwriter. He was born in January 1st, 1972 in Isfahan, Iran. Asghar Farhadi’s film, A Separation (2011) got critical acclaim inside and outside of Iran; it received Golden Bear and Prize of the Ecumenical Jury from Berlin International Film Festival and won Best Foreign Language Film from The Boston Society of Film Critics, Chicago and Los Angeles Film Critics Association, New York Film Critics Circle, National Board of Review, Golden Globes, César Award, Independent Spirit Award.

He eventually won the Academy Award for “A Separation” in the Best Foreign Language Film category making him the first Iranian filmmaker ever to win an Oscar. Asghar Farhadi won the award for the Best Screenplay at the Cannes Film Festival and his second Oscar for “The Salesman”.

Shohreh Aghdashloo was born in Tehran in 1952. She is a remarkable Iranian-American actress. Her astounding performance in the movie “House of Sand and Fog” landed her an Oscar Nomination in the Best Supporting Actress category. She also has another 6 nominations and 10 wins so far. She played Sajida Talfah in “House of Saddam” and received the Primetime Emmy Award for Outstanding Supporting Actress in a Limited Series or Movie.

Dr Peyman was born in 1937 in Shiraz, Iran. His award is considered by some ‘the nation’s highest honor’ when it comes to technological achievement. He was awarded the Medal of Technology and Innovation.

To this day, the medical society is grateful to his invention of the LASIK eye surgery, a surgical procedure which involves removing old eye layers with LASER in order to improve vision power and to dispose of glasses.

In 2005 Dr. Peyman was chosen by a ballot among more than 30,000 ophthalmologists from all around the world to become one of the thirteen living ophthalmologists inducted into the Hall of Fame, American Society of Cataract and Refractive Surgery (Washington, DC, 2005), Dr. Peyman also was presented with the Lifetime Achievement Award, American Academy of Ophthalmology (2008).

Pierre Morad Omidyar is a famous entrepreneur. He is Iranian-American, but was born in France. His famous foundation, eBay; the online auction site is being used worldwide to this day. He is also a chairman of this association.

Professor Madjid Samii is the world renowned Iranian neurosurgeon. He was born in 19 June 1937 in Tehran, Iran. He received many prestigious national and international awards, honors and medals. He was also elected as the founding president of the Congress of International Neurosurgeons (MASCIN) in 2003.

In 2011 the World Federation of Neurosurgical Societies (WFNS) named its medal of honor after Professor Madjid Samii. One of the most important achievements of professor Samii is education of more than a thousand neurosurgeons around the world. Most of these neurosurgeons are in leading positions in their countries.

Andre Agassi is broadly believed by many critics and his peer players to be among the greatest tennis players throughout history. Though retired at the moment, he was the former number 1 of the world, an also considered one of the most dominant tennis players from 1990s to the 2000s.

Maryam Mirzakhani was an Iranian mathematician working in the United States. Since 2008, she has served as a professor of mathematics at Stanford University. In 2014, Mirzakhani became both the first woman and the first Iranian honored with the Fields Medal, the most prestigious award in mathematics.

The award committee cited her work in understanding the symmetry of curved surfaces. Her research topics include Teichmüller theory, hyperbolic geometry, ergodic theory, and symplectic geometry.

She immigrated to the United States as a teenager and made her way to the top universities, helping to found a number of successful IT companies.

Abbas Kiarostami was born in 1940 in Iran. He studied fine art and created the cinema department at the Institute for the Intellectual Development of Children and Young Adults. He got critical acclaim for his trilogy: “Where is the Friend’s Home?”, “Life and Nothing More” and “Through the Olive Trees” in competition at the Festival de Cannes. His movie “Taste of Cherry” won the Palme d’Or in 1997 and “The Wind Will Carry Us” won the jury prize at Venice in 1999.

His photography and video installations are exhibited all over the world, and his collections of poems have been translated into a many different languages. Abbas Kiarostami was the most influential Iranian filmmaker.

Ramin Djawadi is an Iranian score composer. Ramin was born on July 19, 1974 in Duisburg, Germany. He is a four-time Emmy and two-time Grammy Award nominated composer. He composed for television series such as Game of Thrones, Prison Break, Person of Interest, Jack Ryan and Westworld.

Ramin won an Emmy Award for the Game of Thrones’ episode “The Dragon and the Wolf”. He also scored for films such as Pacific Rim, Iron Man, A Wrinkle in Time and Warcraft.

Pardis Sabeti is an Iranian computational biologist, medical geneticist and evolutionary geneticist. She was born December 25, 1975 in Tehran, Iran. Pardis developed a bioinformatic statistical method which identifies sections of the genome that have been subject to natural selection and an algorithm which explains the effects of genetics on the evolution of disease.

Dr. Sabeti is a World Economic Forum (WEF) Young Global Leader and a National Geographic Emerging Explorer, and was named a TIME magazine ‘Person of the Year’ as one of the Ebola fighters.

Sabeti is a professor in the Center for Systems Biology and Department of Organismic and Evolutionary Biology at Harvard University and is a senior associate member at the Broad Institute.

She has served on the MIT Board of Trustees and the National Academy of Sciences Committee on Women in Science, Medicine, and Engineering. Dr. Sabeti is also the lead singer and co-song writer of the rock band Thousand Days.

Jamshid “Jimmy” Delshad is the first Iranian-American to occupy a post in Beverly Hills, he is a famous politician. Jimmy Delshad is also an electrical engineer and entrepreneur with a Bachelor of Science degree from California State University at Northridge.

Parisa Tabriz is a security expert and manages Google’s information security engineering team at Google and is responsible for improving Google’s product security. Forbes included her in its, “30 under 30” list (30 Tech Pioneers under the age of 30).

She is a famous Persian journalist, as well as a TV host. She is the chief International Correspondent of CNN. She hosts the “CNN International’s Nightly interview program Amanpour”. She is also an affairs anchor at ABC News.

In 2014, she was recognized as one of the journalists most world leaders follow on Twitter, according to a report by the PR firm Burson-Marsteller.

She is also an honorary citizen of Sarajevo and a UNESCO Goodwill Ambassador for Freedom of the Press and the Safety of Journalists.

Firouz Naderi is an Iranian scientist who was born in 1946 in Shiraz, Iran. He studied electrical engineering. Firouz was named NASA’s Program Manager for Mars exploration. For management of the Mars Program, he was awarded NASA’s highest award, the NASA Distinguished Service Medal.

Arash Ferdowsi is an Iranian entrepreneur and the co-founder of Dropbox. Dropbox is a file sharing and storage service that has more than 500 million users. Arash was born October 7, 1985 and studied electrical engineering and computer science at the Massachusetts Institute of Technology (MIT); but dropped out of his program in his last year to focus on his business idea which was Dropbox.

Omid Kordestani was born in 1963 in Tehran, Iran. He is an Iranian businessman and has been the Executive Chairman at Twitter since 2015. Prior to that Omid was senior advisor to the Office of the CEO and Founders at Google.

Bijan Pakzad was an Iranian designer of menswear, born in 1940 in Iran. His Rodeo Drive boutique was billed as “the most expensive store in the world”. Mr. Pakzad was also known for his jewelry and fragrances. The list of his famous clients includes former U.S. presidents — Bill Clinton, George H.W. Bush, George W. Bush and Barack Obama — as well as the kings of Spain and Saudi Arabia and a host of global billionaires.

According to the 2001 Los Angeles Times Calendar Section, the Bijan Perfume and Fashion Business has brought in an estimated $3.2 billion in sales worldwide.

Dara Khosrowshahi is an Iranian businessman and the chief executive officer of Uber. He was born 1969 in Iran. Dara was previously CEO of Expedia, where he grew the company into one of the world’s largest online travel companies.

Salar Kamangar is a senior executive at Google and former CEO of YouTube. He studied Biological Sciences in Stanford University.

And many more famous Persians…