Persian Jokes
In Iran, jokes are so widespread that they are even heard at official meetings, gatherings, and news conferences. Mullah (Molla) Nasreddin is a Persian character that is mentioned in a lot of Persian stories and jokes.
0 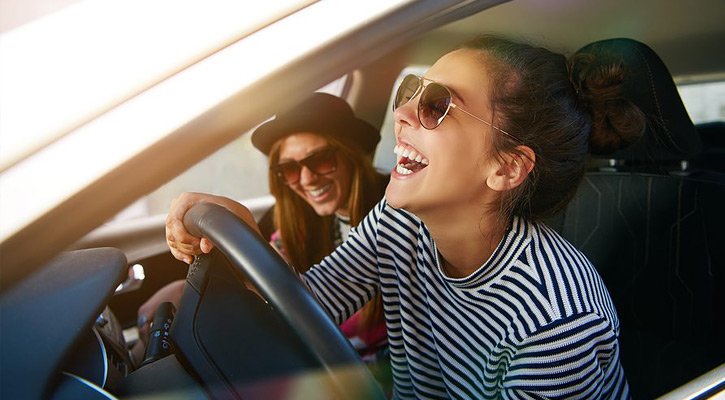 In Iran, jokes are so widespread that they are even heard at official meetings, gatherings, and news conferences. Mullah (Molla) Nasreddin is a Persian character that is mentioned in a lot of Persian stories and jokes.

The stories involving Mullah are always witty, philosophic and have something to learn from.

In Iran, jokes are so widespread that they are even heard at official meetings, gatherings, and news conferences. Religious figures also exploit jokes in their sermons to consolidate their reasoning and convince people of the veracity of their complicated arguments or narratives. Iranians often joke about all the things. 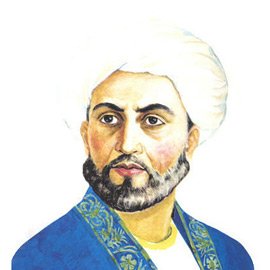 Ubayd Zakani: Nizam al-Din Ubaydullah Zakani known simply as Ubayd Zakani is one of the most remarkable Persian poets, satirists and social critics. The humorous work of Ubayd was composed both in prose and in verse, or often in a mixture of both.

Iraj Mirza: Jalal al Mamalek or Iraj Mirza was a famous Persian poet and satirist of the early 20th century.  He was the son of Gholam Ḥossein Mirza Qajar and grandson of Fatḥ Ali Shah Qajar (Qajar King). He was one of the most popular poets of the late Qajar period.

Mullah (Molla) Nasreddin is a Persian character that is mentioned in a lot of Persian stories and jokes.

The stories involving Mullah are always witty, philosophic and have something to learn from. He is sometimes the instigator of practical jokes on others and often a fool or the butt of a joke. Mullah Nasreddin is a satirical Sufi figure who is believed to have lived around 13th century. Nasreddin was a wise man, remembered for his funny stories.
Some examples of Mollah Nasreddin jokes:

“But you said that two years ago when I asked.”

One night Mollah heard a knock at his door. He opened the door, and the man standing there said, “Mullah, can you help a brother out and give me some shelter for the night. I am God’s nephew.”

“It surely is,” the man replied.

Then Mullah said “Well then, for an exalted guest such as yourself, I must offer only the most exalted place to spend the night.”

So Mullah stepped outside and closed his door, and then turned to the man and said, “Follow me.”

The man curiously followed him.

Hundreds of meters later, they reached the local Mosque.

Mullah turned to the man and said, “And what better place could I offer you to stay the night than here at your own uncle’s house!”

One day four little boys came to Mullah and gave him a bag full of walnuts.

“Mollah, we can’t divide these walnuts among us evenly. So would you help us, please?”

Mollah asked, “Do you want God’s way of distribution or mortal’s  way?”

Mollah opened the bag and gave two handfuls of walnuts to one boy, one handful to the other, only two walnuts to the third boy and none to the fourth.

Baffled the children said: “That’s not fair, what kind of distribution is this?”

“Well, this is God’s way,” he answered. “He gives some people a lot; some people a little and nothing to others. If you had asked for mortal’s way I would have given the same amount to everybody.”

One day the King invited Mollah to his palace for dinner. The royal chef prepared, among others, a cabbage recipe for the occasion. After the dinner, the King asked, “How did you like the cabbage?”

“It was very delicious,” complimented Mollah.

“I thought it tasted awful,” said the King.

“But you just said it tasted ‘delicious,'” the King noted.

“Yes, but I’m the servant of His Majesty, not of the cabbage,” he replied.

Mullah and the Beggar

One day, Mullah was up on the roof of his house, mending a hole in the tiles. He had nearly finished, and he was pleased with his work. Suddenly, he heard a voice below call “Hello!” When he looked down, Nasreddin saw an old man in dirty clothes standing below.

“What do you want?” asked Nasreddin.

“Come down and I’ll tell you” called the man.

Mollah was annoyed, but he was a polite man, so he put down his tools. Carefully, he climbed all the way down to the ground.

“What do you want?” he asked, when he reached the ground.

“Could you spare a little money for an old beggar?” asked the old man. Nasreddin thought for a minute.

Then he said, “Come with me.” He began climbing the ladder again. The old man followed him all the way to the top. When they were both sitting on the roof, Mollah turned to the beggar and said “No”.

Mullah was walking in the Bazaar with a large group of followers. Whatever Mullah did, his followers immediately copied. Every few steps Nasreddin would stop and shake his hands in the air, touch his feet and jump up yelling “Hu Hu Hu!” So his followers would also stop and do exactly the same thing.

One of the merchants, who knew Nasreddin, quietly asked him: “What are you doing my old friend? Why are these people imitating you?”

“I have become a Sufi Sheikh,” replied Nasreddin. “These are my Murids (spiritual seekers); I am helping them reach enlightenment!”

“How do you know when they reach enlightenment?”

“That’s the easy part! Every morning I count them. The ones who have left have reached enlightenment!”

A man noticed Mullah intently inspecting the ground outside his door.

“I’m looking for a ring I dropped,” Nasreddin replied.

“Oh,” the man replied as he also began searching. “Well where exactly were you standing when you dropped it?”

“In my bedroom,” Nasreddin replied, “not more than a foot in front of my bed.”

“Your bedroom?!” the man asked. “Then why are you searching for it out here near your doorway?”

“Because,” Mullah explained, “there is much more light out here.”

Once, Mullah borrowed a big pot from his neighbor. Days and weeks went by and he did not return the pot. One day the neighbor stopped by and asked if he could have his pot back.

Mullah apologized, “I am sorry, I forgot to return it. But I have good news for you, while in my possession your pot gave birth to a smaller pot.”

So, he sent the happy neighbor home with two pots. Few weeks later Mullah knocked at his neighbor’s door and asked if he could again borrow that big pot. The neighbor, after his recent gainful experience, was more than happy to lend his pot to Nasreddin. When days and weeks went by without a word from Mullah about the pot, the neighbor decided that he should go and see about his pot. When Nasreddin opened the door, the neighbor asked if he could have his pot back. Mullah with a very sad face informed the man that while in his possession, the big pot passed away.

Shocked by Mullah’s audacity; the man got angry and said: “What do you think I am? I’m not an idiot to believe that the pot died.”

“Why my good man” replied Mullah with a smile, “You had no trouble believing that your pot gave birth?”

Who Do You Believe?

One day, a friend of the Mullah Nassreddin came to him and asked if he could borrow his donkey for a day to go to the town.

Mullah didn’t want to lend his donkey so he thought for a while and then said: “Dear friend, I would like to help you but I have lent my donkey to another friend”

The man was turning to leave when he heard the donkey which was in the stable braying. The braying became louder and louder.

Then the man turned to the Mullah with great anger and shouted: “You, Mullah, you have lied to me!”

Nasreddin in return, was very angry and shouted back: “You silly man, don’t you have any sense? Whom do you believe me or the donkey?”

Center of the Earth

One day Mullah Nasreddin was asked, “Could you tell us the exact location of the center of the world?”

“Yes, I can,” replied Mullah Nasreddin, “It is just under the left hind of my donkey.”

“Well, maybe!” the man replied, “But do you have any proof?”

“If you doubt my word, just measure and see,” Mullah Nasreddin answered.

Mullah Nasreddin was working for an employer who complained to him one day.

“You’re doing everything too slowly,” he said. “There’s no reason for you to go to the bazaar three separate times to buy material–you surely can do it all at once.”

Then several days later, the employer said to Mullah, “I’m sick, go get a doctor.”

Nasreddin came back with a doctor and two other people, causing his boss to ask, “Who are the other two people?”

“Well,” explained Nasreddin, “in order to save myself from making extra trips, I also brought the imam, in case we need to pray for your recovery; and the undertaker, in case you die!”

Some examples of “modern Persian jokes”

An Esfehani wants to go to Abadan, to see whether, according to their reputation, Abadanis really bluff. He arrives in Abadan, and one morning goes for a walk. He stands by a bridge while an Abadani is passing by with fresh flatbread. The Esfehani tells the Abadani, “Mister, in Esfehan, this bridge would be built in one week.” The Abadani looks at the bridge, and then looks at the Esfehani. “Oh God! This bridge? When I went to the bakery, it wasn’t even here!”

The day when Ahmadinejad said, “Are the hairstyles of the youth our problem? Let’s instead fix the economy,” we were really lucky that he didn’t want to fix our hair — because by now, we would all be bald!

One day a man went to the local doctor and told him: “Every night for the past month, I have dreamt a dream in which I have wrestling matches with donkeys!”

The doctor gave the man an herb and said: “Eat this and your dreams will go away.”

The man: “Can I start taking them tomorrow?”

The man: “Because I’m scheduled to wrestle in the championship match tonight!”

One day a man goes to see a doctor, and says: “oh Doctor, my mother in law has eaten poison!”

Doctor takes a look at her, and says: “So, why her head is injured and broken?!”