Persian Caviar
Caviar is the name of the fish eggs from a certain type of fish called the sturgeon Caviar is a very valuable substance, and the costliest one is the Iranian Caviar, which has the best quality and taste.
0 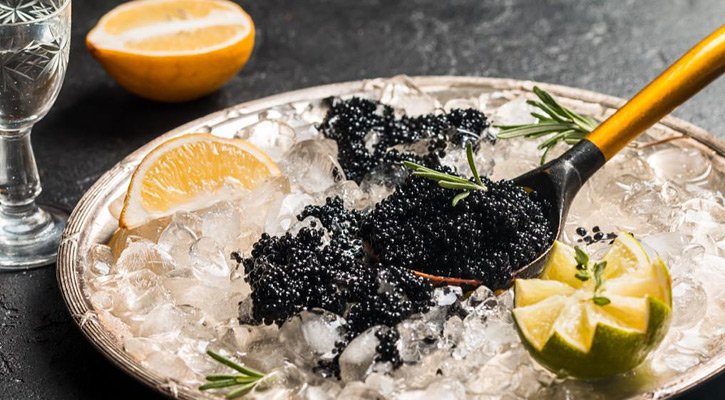 Caviar is the name of the fish eggs from a certain type of fish called the sturgeon Caviar is a very valuable substance, and the costliest one is the Iranian Caviar, which has the best quality and taste.

Persian caviar is the world’s most famous and sought-after caviars!

Sturgeon is the common name for the 27 species of fish belonging to the family Acipenseridae. This delicacy is usually consumed as a garnish besides the dish.

Sturgeons mostly live in big, freshwater lakes and rivers but some species also travel to the ocean and return to rivers and lakes to breed. The roe of all species of sturgeon, except the green sturgeon, are used for caviar. However, only three sturgeon species — the Beluga, Osetra and Sevruga — supply most of the world’s caviar.

Why is Caviar (So Expensive)? 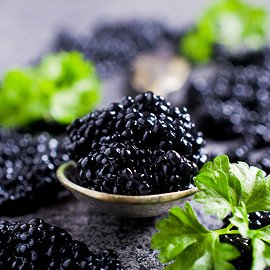 Caviar is a very valuable substance, and the costliest one is the Iranian Caviar, which has the best quality and taste!

Caviar is one of the most expensive foods in the world. The price of a specific type of caviar is related to its rarity and the amount of time and effort put in to producing it.

One of the reasons Caviar is so expensive is that it comes from Sturgeons, which are endangered and rare. Another reason is that Sturgeons take many years to develop roe. Caviar roes are produced from mature fish.

Some species of fish like the Beluga take more than a decade to mature before their roes can be used for caviar. The amount of time and money it takes to farm and grow the fish for caviar makes it more expensive.

(History) of Caviar in Iran

It is said that Persians were the first to taste Caviar. They believed it had some medicinal properties and was a source of energy.

The Persians were the first group of people to consume, regularly, the eggs of the sturgeon fish. Iranian caviar has had quite a part in the Persian cuisine since ancient times.

Persian caviar has a fantastic reputation all around the world. One of the reasons behind the superiority of Persian Caviar in the world is the unique ancestral fishing method. Fishing for sturgeon has been a traditional activity in ancient Persia. Near 90% of the world’s production of Caviar is done in the Caspian Sea.

Persian caviar is the world’s most famous and sought-after caviars. That’s why Caviar is one of Iran’s main exports.

How is Persian Caviar (prepared)?

After fishing the sturgeons, they are taken to fisheries in order to be washed with water. The roe must be taken while the fish are still alive. When the fish feel the stress of death, a chemical is released into the eggs that spoils the caviar and makes it bitter.

Three days before a female sturgeon is ready to spawn, her eggs are taut and flavorful. Taken too early, the eggs are gooey with fat and won’t offer a trademark “pop” feeling when eaten.

Taken too late, and they will feel milky and mushy. Afterwards the eggs are extracted of the fish, they have to be examined in order to see if they are of value. The extracted eggs are cleansed with water in order to wash away any contamination. After that a tiny amount of sea salt is added to the eggs.

This improves the flavor and helps a great deal with the conservancy. Actually ancient Persians were the ones who created salted caviar.

Persian Caviar comes from Sturgeon near the Northern provinces of Iran, including Gilan, Mazandaran, and Golestan.

After being examined and put into containers, the Caviar is prepared for usage and export. The caviar is packed in tin, glass or porcelain containers equipped with tight-fitting covers. It is then ready to eat or store under refrigeration. Since Caviar is an extraordinarily perishable substance, the eggs need to be extracted from the sturgeon less 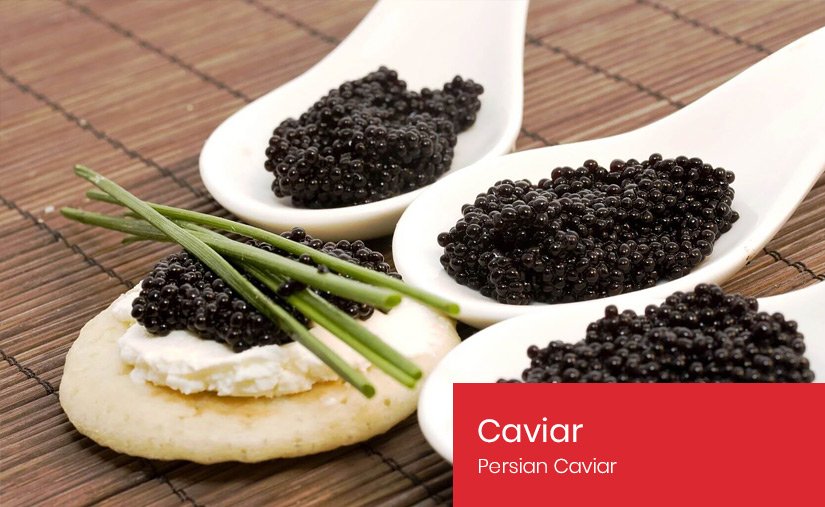 Factors to look to in the examination are the size, color, and the firmness of the eggs. The eggs are split into two categories of Regular and Imperial Caviar. High quality caviar must have bright color and natural ocean aroma and not a fishy smell. All fish eggs in caviar container should be the same size each of the must be big and firm.

Is Caviar (Good for Your Health)?

Caviar is rich in vitamins and minerals such as omega 3, vitamins A, E, B6, Iron, Magnesium and Selenium.

Because of its rich nutrition, Persian Caviar helps to boost immune system, prevent cancer and decrease the risk of heart diseases!

The vitamin A present in caviar is also good for improving your eyesight.

Caviar contains antioxidant and anti-aging properties that can protect skin against UVA and UVB rays. Also caviar’s large content of water, omega-3 fatty acids and highly saturated lipids is a great source of hydration for the skin but also for hair and nails.

In the mouth, before the true taste is released, you feel the sublime texture of the glistening pearls sliding around the palate, feeling each individual egg before its fresh yet subtle flavors are released.

(How to Eat) Caviar?

Whether pasteurized or fresh, caviar should always be chilled when served. Caviar should be served and eaten in amounts smaller than a tablespoon.

Beluga caviar is usually served by itself on toast. Silver can react to caviar and leave a poor metal taste in your mouth, as this is a commonly used metal in silverware, that’s why traditionally caviar is not served with any kind of metal spoon. Caviar spoons are usually made of pearl or bone. They are usually about three to five inches long with an oar like shape. Some caviar spoons can be quite ornate. 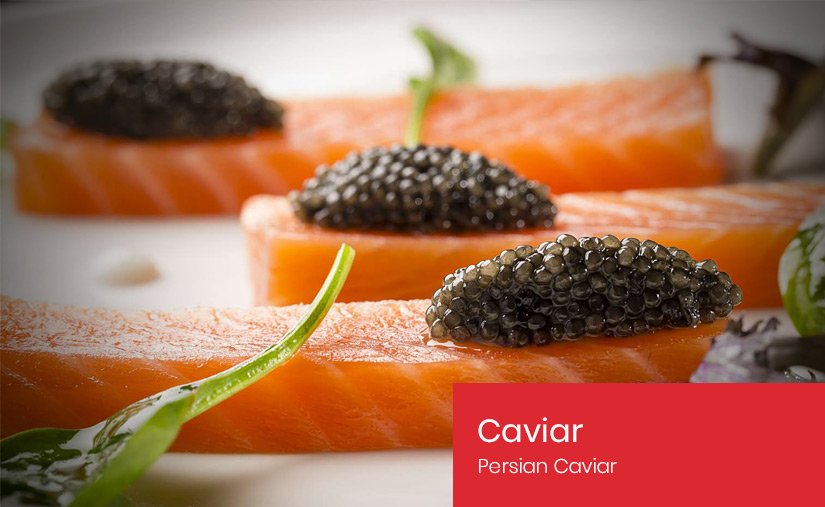 Sturgeon may refer to “primitive fish”, and addresses 25 different types of fish.

Some of the more well-known kinds are Starlet, Kaluga, and Beluga. These fish don’t have any scales and are mostly very large and long in size. Also, apart from the caviars they are used for their own flesh which is another rare and valuable substance.

The sturgeon is famous for its slow maturation. This growth is usually finished very late in their life. Nowadays, they have been announced to be in danger of extinction, perhaps more than any of the fish species. They have been hunted massively since they are one of the most valuable fish in the world, and because of that their numbers have dropped drastically.

Different types of Persian Caviar, the most luxury and expensive caviar in the world:

Almas/Black Gold
This type is known as the world’s most expensive Caviar with large buttery steel-gray pearls and is retrieved from the Persian Beluga. The “Almas” is procured from the eggs of a very rare albino sturgeon of a very old age (possibly 70-100 years).

The lighter the color of the eggs, the more prized the caviar. This rare specimen has taken residence at the southern regions of the Caspian Sea, and the reason behind that is the lack of pollution in those waters.

Belugas are the largest members of the sturgeon family. Due to its size, the eggs of this fish are similarly big and thus are called “Elephant-fish”. The color of this caviar is extended from a deep color of steel to a light grey-white color.

The lightest color is the most desirable one there is.

The Karaburun is the name of a specific sturgeon native to the southern region of the Caspian Sea. This kind of sturgeon is one of the only wild sturgeon species left in the world that does not face the dangers of extinction. We owe this to the Iranian Ministry of Fisheries and their tireless efforts in the process of saving this fish. This special sort of Caviar tastes like a fusion of salty and buttered flavors.

Thought of as one of the world’s most tasteful and perfect Caviars, the Ossetra/Asetra is mostly collected in Iran.

This Caviar is very nutty and creamy in taste, and its color has a variety ranging from black to medium and light gold. Ossetra has a stronger taste and smaller eggs than Beluga. A few years after the first decade, this fish reaches full maturity and its lifespan can reach near 80 years. Professionals have stated that the taste of its eggs differ due to what the fish feeds on. This regimen can depend on the weather and time.

The reproduction cycle of this fish is very quick so it develops more eggs in comparison to the other ones. This fish matures by its 7th year and is the smallest of the sturgeon family in the Caspian Sea. The price is this Caviar is comparatively cheaper.

Sevruga eggs are generally the smallest size eggs and offer a distinctly crunchy texture and the most intense flavor.

As stated above, though Caviar means fish eggs, it strictly refers to the sturgeon family! The rarity of Sturgeon caviar has forced other caviar eaters to look for caviar substitutes. Eggs received from other kinds of fish or ingredients are considered Caviar Substitutes. It is also known as “faux caviar”.

Some of them are: