Persian Accents
Many foreigners believe that Tehrani accent is the main and most used one in Iran, but that is far from right. The official language of Iran is only one: Persian. Since Iran is filled with a massive number of different…
0 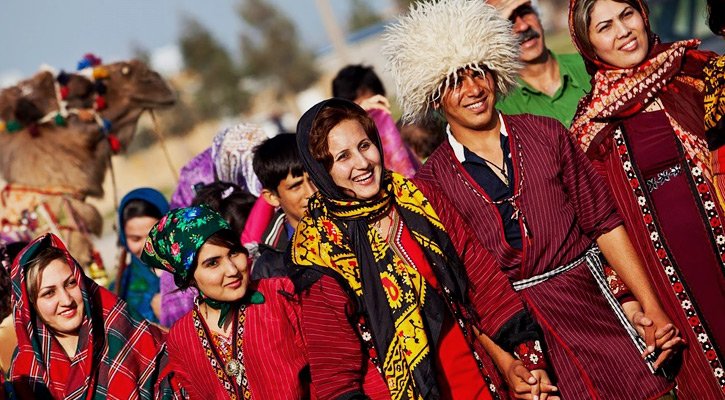 “Persian Accents”: An Introduction to the accent

Many foreigners believe that “Tehrani accent” is the main and most used one in Iran, but that is far from right!

The official language of Iran is only one: Persian. Since Iran is filled with a massive number of different ethnicities, you can’t stick to one fixed style.

According to the Longman Dictionary, A particular way of speaking which tells the listener something about the speaker’s background is called an Accent.

Generally someone’s accent is the way they sound when they speak their native language.

This is determined by where they live and what social groups they belong to. People who live in close contact grow to share a way of speaking, or accent, which will differ from the way other groups in other places speak.

Since everything differs massively between English and Persian, it is very hard to try and show Farsi pronunciations and accents through English text and words.

Many foreigners believe that Tehrani accent is the main and most used one in Iran, but that is far from right.

If we want to point out the main accent, it would be The Main! yes, that’s right. This is the actual name of the accent, and it is used in media and it is the accent that would be heard the most if you were to spend a day throughout anywhere in Iran.

Make no mistake, it is used massively in Tehran, but it is not “Tehrani” accent.

What people, even some Iranians mistake for the Tehrani accent, is a way of talking that is free of any type of ethnical or regional casualties.

But Tehrani accent is full of differently spelled words and phrases.

The official language of Iran is only one: Persian!

Since Iran is filled with a massive number of different ethnicities, you can’t stick to one fixed style. This is why today we have about three or four main Languages. Seven more languages are recognized regional languages: Azerbaijani, Kurdish, Lori, Mazandarani, Gilaki, Balochi and Arabic.

To state something which is similar throughout Iran, it would be the main First Language, which is Farsi:

This is the language that is taught in schools and is used in formal places such as an office for communication.

However, in a few regions in Iran, some second languages are taught and used.

For example, in the North Western region, the official second language would be Azeri:

If you head to the western parts of the country (Mainly in the Kurd provinces), you would see that the most spoken language is Kurdish:

Shere are also small groups in South Western regions of Iran who speak Arabic, but this is a lot more limited than the other examples.

The majority of Iranians are of Persian ethnicity. Even within this ethnic group, the Persians have a diverse ancestry, but all of them have one thing in common: their language.

The statistics from 2011 shows the ethnicity breakdown for Iran as follows:

The official language of the country is Persian, though locally it is called Farsi!

What is the (difference) between Dialect and Accent?

Dialect and accent are two different aspects of language.

An accent is specific to a region. In English, there might be an American, British, or Australian accent.

A dialect is entirely different words or ways of communicating altogether. Dialect goes beyond mere pronunciation.

Throughout years and centuries languages and dialects of different families (Iranian, Semitic, Turkic etc.) have been spoken side by side and have influence and been influenced by each other.

Written and spoken variants have developed.

Around the Northern regions of Iran, especially in Guilan, the mainly used dialect is Gilaki:

Though this dialect has been moderately softened throughout time, the main Gilaki is extremely hard for outsiders to understand.

In the Southern parts of Iran, the dialect is Bandari:

This is considered by many to be the most beautiful dialect in Farsi. The reason behind this thought is the fact this dialect is very musical, and has inspired Bandari music, Bandari dances and so on.

If you are in cities provinces like Kohgilooie & Boier Ahmad or Lorestan, you would encounter the Lori dialect:

Like Gilaki, this is a very hard dialect to understand for non-native people.

This dialect can’t be thought of as a beautiful one since it is not at all musical and is very snappish.

The Gilaki dialect belongs to the people from northwestern parts of Iran.

The Gilaki dialect is spread along the southern shore of the Caspian Sea in one of the northern provinces of Iran known as Guilan.

The native speakers of this dialect are called Gilaks and their dialect Gilaki. In Guilan province, Gilaki is the vernacular language of some three million people mostly born in central and eastern Guilan province.

Luri or Lurish is a Western Iranian dialect which is spoken by the Lurs in Western part of Iran. The Luri dialects are descended from Middle Persian (Pahlavi).

Luri, which is also known as Lurish, has four dialect groups: Northern Lurish (Minjaee), Laki, Bakhtiari and Southern Lurish. These dialects are similar to Persian, and the Bakhtiari dialect is transitional between Kurdish and Persian.

Mazandarani or simply Mazani has a rich literary heritage which was produced mainly between the 10th and 15th centuries when Mazandaran was independent or semi-independent. During the 17th century Mazandarani was largely replaced by Persian as the language of literature and administration.

Mazandarani is also known as Tabari and has a number of different dialects, including Gorgani, Ghadikolahi and Palani, and is closely related to Gilaki.

The most recent studies of the Balochi dialects divides them into six groups: Eastern Hill dialects; Rakhshani dialects including that of Mary; Sarawani; Kechi; Loṭuni; and the coastal dialects. Baluchi, which is also known as Balochi Baloci or Baluci, has two main dialects: Eastern and Western, the main dialect used in Baluchi literature.

So we’ve arrived at the most difficult and yet the most interesting part: Accents

Below a number of accents plus a few of their specific details:

This accent is used by Azeri population throughout Iran.

The people living in the Azeri provinces such as Tabriz speak Farsi as their second language.

This has led to a stable set of differences between Farsi and Azeri such as G being pronounced as J, and K sometimes pronounced as H.

Unrelated, this issue has also been wrongfully mocked throughout time.

Also one of the popular and beautiful accents in Iran, the Isfahani accent is known for its stresses.

Almost every stress in their talking is placed differently from the other regions.

An iconic feature of this accent is the fact that they add “es” at the end of verbs that end in “Ast”. For example: Kharide Ast = Kharides.

Abadani is used in southern part of Iran namely Bushehr, Mahshahr and Omidieh. In this accent most of the “a” vowels are changed into “e”.

Also in this accent a lot of sounds and words are shortened.

Used in provinces such as Khorasan and Mashhad, this accent’s details are surprisingly close to the ancient Dari dialect.

This is why you are able to find a number of similarities between Mashhadi and Afghani accents. In this accent, many vowels in words are replaced for an “O” or an “A”.

A very interesting thing about this accent is the fact that when some words are pronounced with Mashhadi accent, they sound exactly the same but have different meanings.

Like the Bandari dialect, the Yazdi accent is very light and musical and like Isfahani, the vowels are pronounced a bit longer and stresses are placed in different parts.

In Shirazi accent the vowels are also elongated in this accent like Isfahani and Yazdi. A much known detail about this accent is that nouns end up with being pronounced with an “O” attached to the end of them.